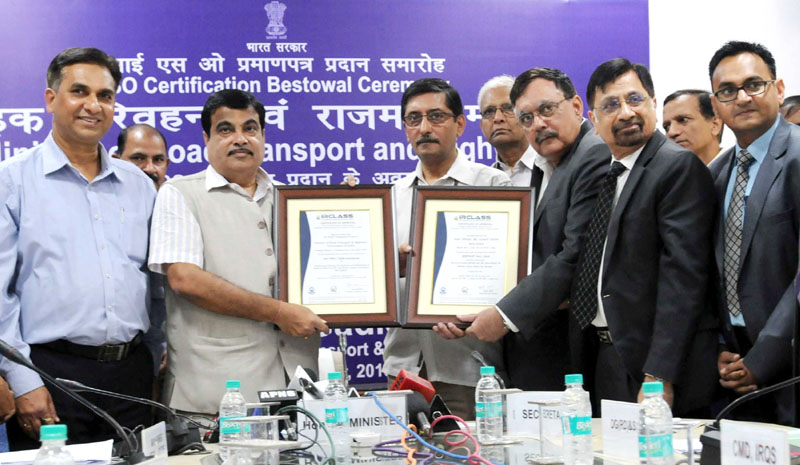 New Delhi (PIB-GR-TYP-BIN): The Ministry of Road Transport and Highways has acquired ISO 9001:2008 certificate for monitoring, planning, development and maintenance of highway infrastructure and road transport throughout the country. Mr. Nitin Gadkari, Union Minister of Road Transport & Highways and Shipping received the certificate from the CMD of Indian Register Quality Systems (IRQS) Mr. Arun Sharma in New Delhi on October 12.

Speaking on the occasion, the Minister underscored the importance of administrative efficiency as the most vital ingredient for the successful working of an organization. He said that a quick and transparent decision making process, backed by decentralized power structure and a system of performance audit would go a long way in ensuring that departments are able to achieve the development work that they set out to do.

The ISO certificate will be applicable to all the wings of the Ministry at the head quarter at New Delhi, including the offices of the Union Minister and Minister of State, covering more than 700 employees.