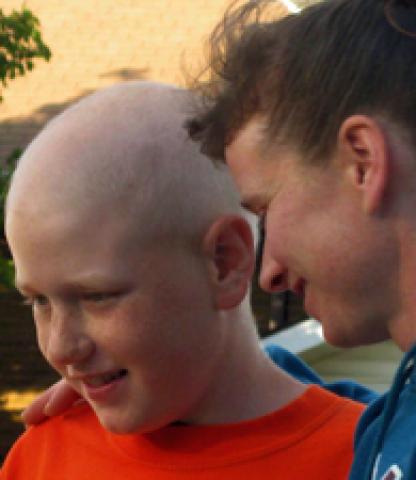 Doctors say 13-year-old Daniel Hauser’s chances of surviving Hodgkin’s disease without chemotherapy are very slim, but his mother insists “that she and her son would refuse to comply with any court order” mandating that he follow the treatment, according to the Star Tribune.

Daniel’s mother says conventional treatments conflict with their beliefs as members of the Nemenhah American Indian religious group, and that they would rather he use natural remedies instead.

Hauser’s case is currently in court as officials determine whether they can force Daniel to undergo chemotherapy.

The Star Tribune quoted Dr. Bruce Bostrom of Children’s Hospitals and Clinics of Minneapolis as saying Daniel “doesn’t understand that the Hodgkin’s is what’s making him sick, and he was led to believe that the chemotherapy was making him sick, when the exact opposite was true.”

Bostrom, Daniel’s first oncologist, turned his case over to authorities when he quit chemotherapy after one treatment when physicians had recommended six.

X-rays show that Daniel’s tumor has grown, The Mankato Free Press reported, but his family believes the results are inaccurate.

Doctors have said they aren’t certain how they could force the boy to receive chemotherapy if he doesn’t want it.

Presently, Daniel’s family is treating his Hodgkin’s disease with a diet his mother researched on the Internet and talked about with experts. She said he is growing “better and better every day” as a result.

The Mankato Free Press noted that “Hodgkin’s disease has one of the highest survival rates with modern treatment, but only 5 percent without it.”

This article was originally published on www.findingdulcinea.com

Filed under: Health & Science, World
Share Tweet Pin G Plus Email
previous article: Sri Lankan Tamil Leader Said Around 26 Patients Were Killed Due To Shell Atack On A Hospital
next article: Teacher Asks Students to Think Like a Terrorist