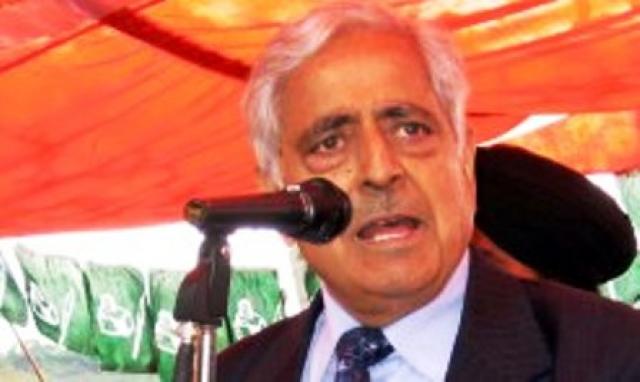 In a statement,he said it was a fact that women were grossly underrepresented in all institutions of state including the Parliament and other legislative bodies. But it was equally true for the Muslims who constitute the largest minority and in their case the situation was worse and a cause for serious concern. This, he said, would call for a review of the entire arrangement so as not to push the minorities to wall. He, however, expressed confidence that the inclusive ethos of our system would facilitate a way out.

Mufti said there could be no two opinions about the desirability of creating opportunities through special measures for the fifty percent population of the country which had lagged behind. However women did not live in isolation of man as they were part of the strong family tradition of our country and therefore stakeholders in the economic progress that had been achieved so far, he said. He added that nobody could still grudge them the political empowerment that the reservation could get them. The women as a class had proved their ability to perform as efficiently as the men.

Recalling his assertion of views on the subject even when he was in Congress Mufti said when the reservation proposal was made first he had expressed his opinion about its implication on minority representation. He said with 33% reservation for women almost 50 percent of the cake was gone leaving not even crumbs for the weaker sections outside the quota and we need to devise a mechanism that ensures an equitable representation for all sections of society.

Referring to the present socio economic condition of Muslims Mufti said the Sachar Committee had served to focus on the problems faced by the community. Our country has resolved many difficult problems facing it since the independence but the problems facing the Muslim community have unfortunately received attention only from the integration perspective. Real integration, he said, could not be achieved between socio economic unequals but would need raising the general standards of the Muslim community to the national level. He said the unfortunate impression that Muslims were headed for the neo Dalit status needs to be addressed.

Mufti said while the representation of Muslims in services left much to be desired their voice in elected bodies too was getting dimmer by the day. It does not augur well for a country with nearly 200 million Muslim population that the number of members in Parliament belonging to the community should actually be going down rather than up, he said.