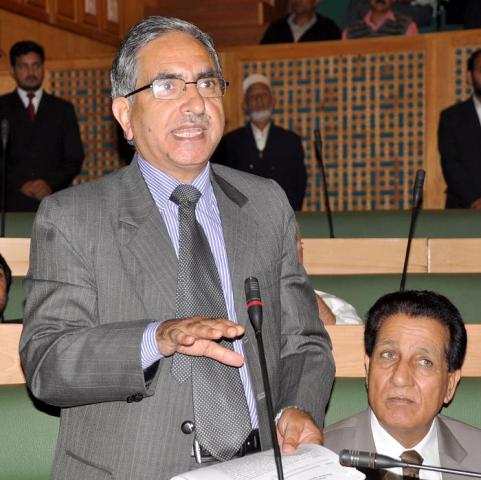 , October 01 (Scoop News) – Minister for Agriculture,  G.H. Mir today informed the Legislative Assembly that due to prolonged spells of rains in during May and June this year, it was initially apprehended that there may be heavy losses to the fruit and cereal crops. Such prophesies of doom have fortunately not come true, he said adding that a bumper paddy crop is ready to be harvested, which is expected to be the best ever in recorded history.

Mir further said that the district Baramulla offers a good potential for sericulture development and the department has initiated a number of schemes for the benefit of the farmers. There are 11 nurseries and 31 mulberry farms in the district. He said presently there are about 1000 rearing families engaged in sericulture in the district and the cocoon production was registered to 37000 kgs during 2010-11 thereby generating an income of Rs. 45.00 lacs for the silk worm rearers in comparison to cocoon production of 33000 kgs with an income generation of Rs. 34.00 lacs in 2009-10. He said Sopore constituency has about 138 silkworm rearers and the cocoon production was about 7000 kgs with an income generation of Rs. 7.00 lacs during the current year as compared to 6000 kgs of cocoon crop with an income of Rs.6.00 lacs during 2009-10. The department expects to double the number of rearers and cocoon production by the end of 2011-12.

The Minister was replying to a question raised by Haji Mohammad Ashraf.

Minister for Horticulture,  Sham Lal Sharma, in reply to the same question, apprised the House that the Government has assessed the loss of fruit crops in the Valley has been worked out to Rs. 307 crore. He said as per the estimates about 80% damage has been caused to the fruit crops in the Valley due to hailstorms. The compensation case has been woked out and sent to Government of India.

Replying to a supplementary raised by  M.Y. Tarigami, the Minister said that Government is contemplating to introduce horticulture crop insurance in the State to safeguard the interests of fruit growers after consulting the neighbouring States like Himachal Pradesh and Utterakhand.