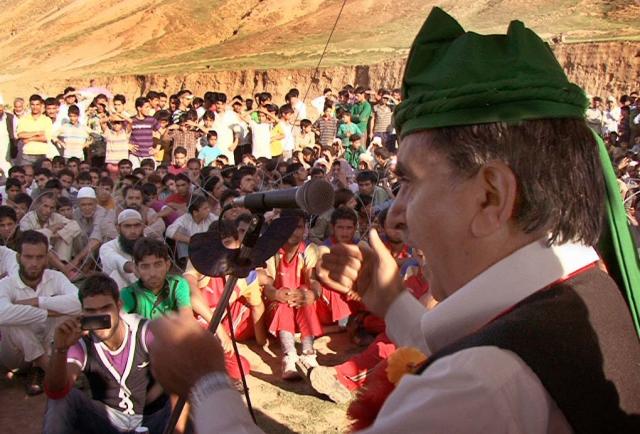 BEERWA/Srinagar,September 1 (Scoop News) – Minister for Agriculture, Ghulam Hassan Mir today urged upon the youth to contribute in the developmental process of the state as much time wasted on emotive slogans since from last 63 years.

The Minister said this in a mammoth public gathering after witnessing the final match of the cricket tournament of the area. He said "the political settlements take very much time and that period we cannot live a miserable life and the youth should strive first for economic independence rather political settlement". He said till date our emotions have been exploited by the vested interests and the time has come to get rid of this and make a new beginning where peace, progress, prosperity and KHUSHHALI only prevails in our state.

Mr Mir stressed for strengthening economy of the state adding "my philosophy to make the future generation as a self reliant force" and maintained youth is our future and it is our collective responsibility to provide them a big platform for harnessing their potential in right direction.

Citing the example of last 63 years, Mir said that people today still demand the basic needs from their political representatives when other states have registered the people of the other part of the country has progressed in every sphere of life.

The Minister said that people of valley are complaining that "we are lacking behind the other part of the state, but Mir questioned the people that we all are responsible for this backwardness". He said after witnessing an era of destruction, the successive governments started the reconstruction of damaged infrastructure and now the time has come that we have to work collectively for realizing the dream of self reliance in economic independence.

Referring for providing the transparent job opportunities to the educated youth of the state, the Minister said that our government has given priority to the merit for the appointment of any post in government sector. He said that even for selection of anganwari workers and helpers merit is the first choice. Asking the students to impart quality education, Mir said that in today’s competitive world the merit speaks louder. He urged the students to compete at national levels and try to clear IAS and IPS exams.