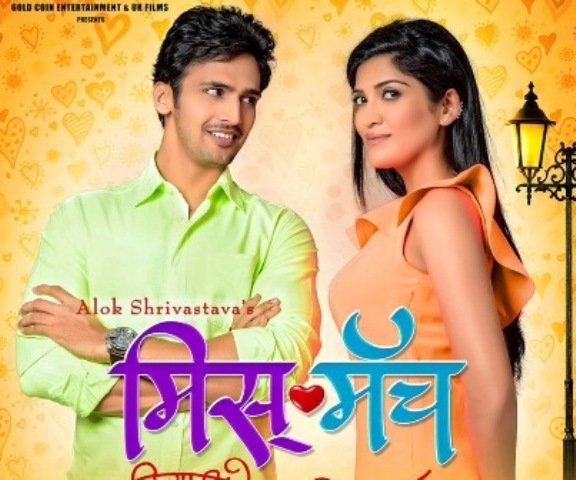 Mumbai, December 13, (Scoop News)- Miss match is a story of a girl Priya(Mrinmai kolwankar) and her perfect match. Priya is the only daughter of U.S. based NRI businessman Suryakant Samarth (Uday Tikekar).Its is a love story, which revolves around a NRI girl Priya (played by Mrinmayi), who insists that she wants to marry a suitable Indian boy, after falling in love with him. So, it’s all about the funny moments happening in the process and meeting a handsome boy Raj (Bhooshan). From the first look, the film clearly indicates usage of good costume designing for the lead pair besides good photography.

Like every father Suryakant Samarth wants his daughter to get married.But priya doesn’t believe en arranged marriages and asks her father to give her a time of 2 years in which she will find a perfect match for herself, she also convience him to send her pune for her post graduationb course.

her father agrees but puts a condition that if she fails to do sp in the given time she will have to marry a person of his choice. one and half year is already over and priya has not found her match yet but priya has still not given up hopes.

Mira who is priya’s cousin, college mate & confidante suggests her to imagine and visualise the man she is longing for and assures her of finding the man of her dream by doing so. priya follows that and suddenly declares to her friends of having a boyfriend.

priya’s situation gets more complicated since Raj keeps his idintity concealed but continues to persue her and on the other hand the given time is running out and her father is lining up marriage propsals for her.In this film All the queries, confusion and the struggle to find a girls perfect match is beautifully concluded in The film ‘ Miss match.’

The cinamatography of the film is marvellos. The film also stars Babaji fame Uday Tikekar and Ashutosh Kulkarni. Music by Manas. songs are catchy and shot well too. Songs will take you altogether on a different level.