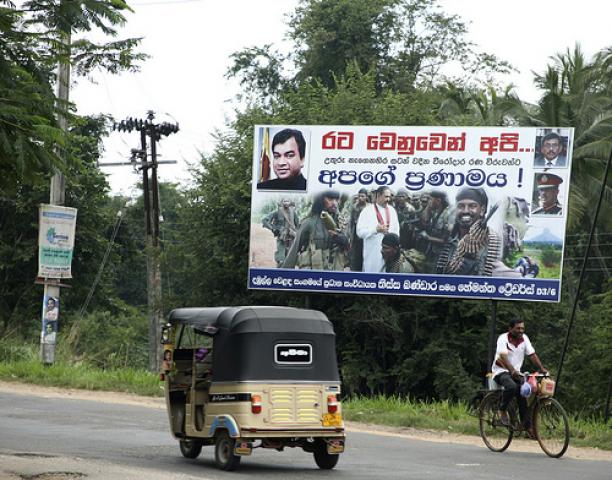 A Confusion arises when the Editor In Chief of the Sri Lankan Tamil Paper reported as Missing this morning.Earlier it was reported that the missing Editor of the " Suder Oli ‘N.Vidyadaran was abducted by an unidentified gang who came from a White Van and Police too confirmed it. But few hours later Police Issued a statement  and state that  he was arrested by the Police for questioning in Connection with  the Last weak’s LTTE Air Attack in Colombo.

Police Officers arrested him at Mount Lavinea Area in the Colombo Suburbs around 10 this morning while  attending a funeral of the relative of the Chairman of his Company .

Meanwhile The Reporters Without Borders to day Condemned the arrest of  SudarOli Editor and urged Government to Guarantee his safety.Media Minister Lakshman Yapa Abewardana already assured the Reporters Without Borders through the Telephone that Mr.Vidyadaran is safe and he is held by the Colombo Crimes Division for Questioning .Crimes Division is questioning him regarding the two reports published in the ‘SuderOli" Paper on 6th and 11th of February.