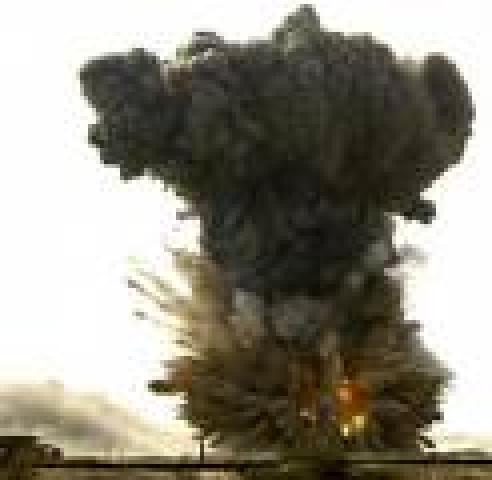 the state continues of Muslim bloodshed. Every day lots of general Iraqis died in . American never ever stable . The present situation is very doubtful. Every moment dead toll in . If this situation continues may be we not found any Iraqis in . They sacrifice their life for their country and for the Islam. Crusader captures illegally, they have no logic. Its responsibility for every Muslim recovers from the crusader. The crusader is dishonoring our father, mother, brother and sister in of . But we not realize their situation. Our prophet said us a Muslim in not alone. Muslim nation is like a body. So when one part of your body pains you feel whole body. Like that’s every Muslim should like a body. When lots of Iraqis died in if we not feel sorrows, it’s proved that’s as a Muslim we not in right track. So hurry recognizes our enemy and tries to protect them. If you not protected them in and they insisted to occupied solders in another Muslim country. So now its not general war against or .Its not war against terrorist activities, rather the war against Muslim and Islam. They capture all media so media teach us wrong and say against our brother who fights against the enemy of Islam. I say you and is the never ever top terrorist country in the world.

As a Muslim if you not try to protected them its not far they come in , , or . Already they threat us they attack our holy place. So never waste times rather start fight against the crusader in and prevent their future plan. Still now we not protected them, the crusader and Jews try to capture Macca and Madina in future. It’s their dream for long time. Now you think if you complete their dream or not. If you want to save your religion or your nation you start fight against the crusader as you can. You should go or or another part where Muslim should suffering or write for Muslim nation and try to overcome their religious values and open crusader conspiracy.

When you write for Islam they should also try to dishonor you but you never ever fear them or not stop your writing its your duty to discover right and teach general Muslim that non Muslim never ever our friend , Almighty Allah said HOLY QURAN you never ever take Christen and Jews as a friend because they are friend each other and Only Muslim should friend other Muslim . So the person, the leader, the state take them as friend they directly violate holy Quran. So we urge all Muslim please Identify yourself and your friend and enemy.