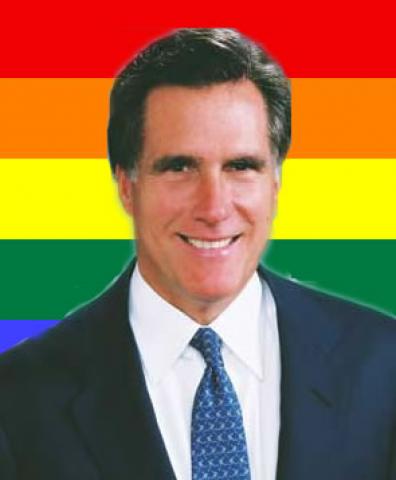 The story has just emerged that while at the prestigious Cranbrook School in 1965, Mitt Romney led a vigilante attack on a suspected gay student, holding him down and forcibly cutting his hair. "He can’t look like that. That’s wrong! Just look at him!" Mitt told Matthew Friedemann. Suddenly, Mitt’s entire personality comes clearly into focus. He’s gay!

According to the most advanced psychologists (for example, Rollo May), one cannot be a homophobe without experiencing gay impulses. It’s horror toward one’s own attractions that spurs hatred.

Everything about Mr. Romney suggests deep repression and personal discomfort — his physical awkwardness, as if he were an extraterrestrial inhabiting a body he had found unconscious in a ditch, his indifference to his long-suffering wife Ann. Mitt Romney would be a happy, fulfilled man, living with his husband in Santa Monica, were he not a religious Mormon and American bigot.