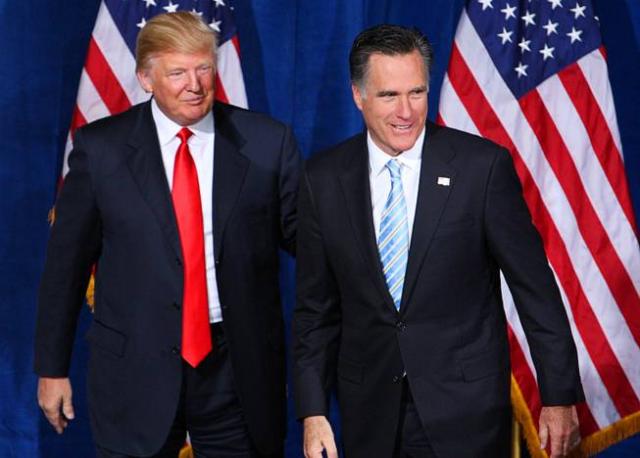 George Will who called him a “bloviating ignoramus.” He said“ George Will is not somebody that I’ve respected. I don’t think he"s a very smart guy.”

Trump first brought up the so-called “birther issue” when he himself was campaigning. He pointed out that President Obama was born in Kenya and therefore is not eligible to be President of the United States.

Stephanie Cutter (Obama Deputy campaign manager) said in a statement that,“Mitt Romney’s continued embrace of Donald Trump and refusal to condemn his disgraceful conspiracy theories demonstrates his complete lack of moral leadership. If Mitt Romney lacks the backbone to stand up to a charlatan like Donald Trump because he’s so concerned about lining his campaign’s pockets, what does that say about the kind of President he would be?”

It appears that Romney has a new number 1 issue, besides the Economy, the man who represents the economy. Donald Trump.

Note: get rid of him, nowwwww!