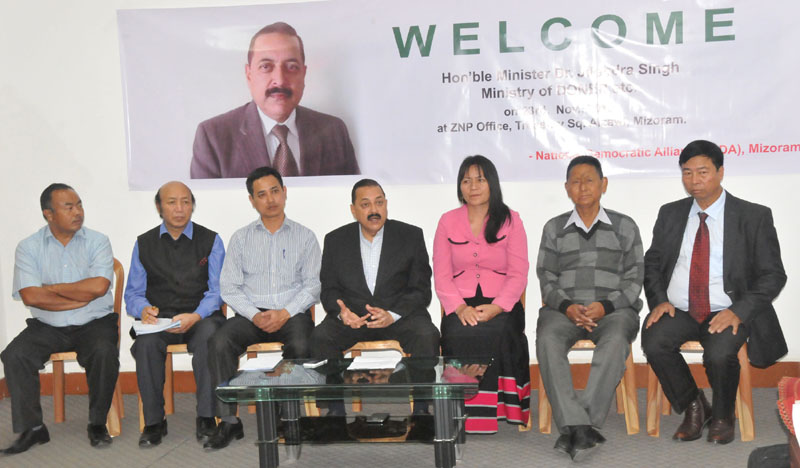 Dr. Jitendra Singh said that the State of Mizoram is blessed with very high production of bamboo, which can be turned into a major source, not only for furniture but also for paper supply to the rest of the country. This could, not only generate revenue for the State, but also create opportunities for youth outside India. In this regard, he said, he had already initiated an effort to reinforce “Bamboo Development Board” of India.

Dr. Jitendra Singh said that the successive Governments had neglected Mizoram’s vast potentials and this is an opportunity for the people of the State to ensure adequate implementation of various pro-poor Central schemes initiated by the Modi government.

Dr. Jitendra Singh referred to the rising prevalence of cancer in the State, which is the highest in Mizoram and said, at the initiative of the DoNER Ministry, very soon, we will have cancer care facilities in collaboration with other advanced institutes of the country like Adyar Cancer Institute, Chennai. In this regard, he said, the local municipal bodies to be elected through the poll on 26th November will be expected to play a crucial role by mobilizing local population to avail of the facility provided by the Modi Government.

Mizoram has a high literacy rate of over 92 per cent, next to the State of Kerala, said Dr. Jitendra Singh and added that some of the scholars from Mizoram are occupying important teaching faculty positions in reputed colleges and Universities in the rest of the country. But, he said, the irony is that local government here has failed to bring up standard educational institutes which has led to brain drain to other parts of the country.