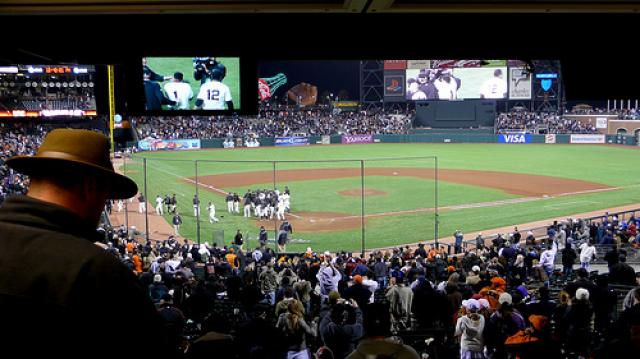 by Denis Cummings
Though it has experienced some technical problems to start the season, MLB continues to lead other sports in its use of technology to attract fans.
Major League Baseball has consistently been ahead of the curve in broadcasting its sport on new platforms. MLB.com began streaming live games back in 2003; it currently has over a half million subscribers and broadcasts more live events than any other Web site in the world.

This year MLB.com has revamped its streaming service after switching its media player from Microsoft Silverlight to Adobe Flash. It added high-definition picture, DVR-like controls, more picture-in-picture options, and a choice of home or away team broadcasts.

However, its switch of media players caused problems on opening day, as the feeds froze for many users. Matt Gould, spokesman for MLB Advanced Media, blamed the problems on a lack of testing beforehand. “We’ve had very small window to do end-to-end testing,” he said.

The problems appear to have been fixed, and many reviewers have lavished praise on the revamped service. “With this new rollout, the league is raising the bar on how live television is distributed over the Web,” writes Silicon Valley Insider’s Dan Frommer. “While TV networks are still figuring out the best way to put last night’s sitcom online, MLB is about to stream a season of more than 2,000 live games in hi-definition with more features than any cable box.”

Baseball has also led professional sports leagues in creating products for handheld devices such as the Blackberry and Apple iPhone. “Today’s society, the interactive-digital society, can stay in touch with baseball better than they’ve ever done before,” said Bob Bowman, CEO of MLB Advanced Media, to CNET News. “That keeps getting better. The iPhone’s MLB At-Bat application is one example of that.”

Its Apple iPhone application At-Bat debuted last summer, giving fans live pitch-by-pitch updates and video highlights. It was updated over the offseason to include live audiocasts, allowing fans to choose between either team’s radio announcers without blackout restrictions.

The $9.99 app has received good reviews, including one from the Boston Herald’s Tom Rose, who wrote, “With audio added on top of the already feature-rich application, many baseball fans would have found the application attractive at double the price.”

However, users of At-Bat have had audio difficulties throughout the first week of the season, and they flooded online forums with complaints. “Crash after crash. Sometimes it works and sometimes it doesn’t,” said one reviewer, while another wrote, “The audio drops about once per inning and stays dropped for quite some time.”

MLB.TV Premium features live high-definition streaming video of all out-of-market games, as well as DVR functionality and picture-in-picture options that allow for four games to be displayed at once. It costs $109.95. MLB.TV offers games without an HD picture for $79.95, while Gameday Audio has home and away radio broadcasts for $14.95.

go to site »
MLB.com At Bat offers streaming audio, play-by-play updates and video highlights on the iPhone for $9.99. MLB.com At Bat Lite is a free app that offers game updates.

go to site »
MLB.com Mobile Premium offers many of the same features as At Bat for Blackberry users. It costs $19.99.