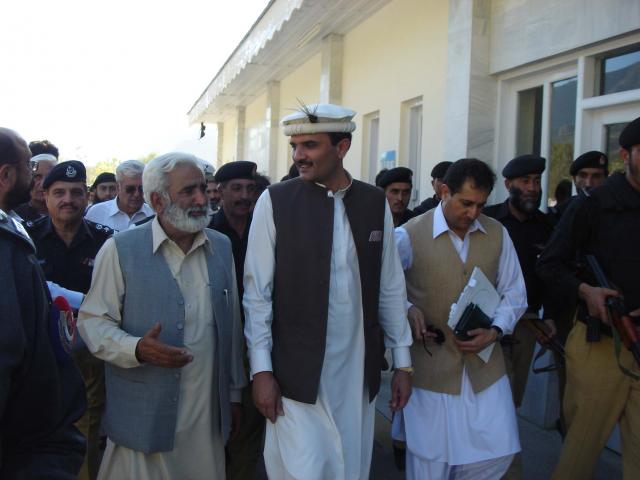 MNA Shahzada Mohyuddin belonging to the Pakistan Muslim League-Quaid (PML-Q) has said peace was vital for development in the area.

He was speaking at a public rally after inaugurating work on the Booni-Buzand Torkoh Road in Shagram area. The lawmaker said the federal government had approved Rs35 million for the 28-kilometre-long road from Boni to Buzand and the project would be completed in two years.

He said about 30,000 population of the Torkoh subdivision and Traij union council would benefit from the project. Talking about the rehabilitation work being carried out by the government for the flood-affected people, he said the people should continue efforts on their own and cooperate with each other to augment the government’s efforts. He said he always served the people of Chitral selflessly.

He said most of the problems were resolved in the district through the efforts being made by the two organisations. Speaking on the occasion, MPA Ghulam Muhammad said the people of the area were thankful to the MNA for meeting their demand and initiating work on the road project. He said that sufficient amount would be earmarked for the irrigation and drinking water schemes out of the Disaster Management Fund.

The lawmaker said that wheat would also be provided to the godown in Traij union council soon. He said the vacant posts in the Government Higher Secondary School in Shagram would be filled at the earliest.

Former naib nazim of Mastuj Sikandarul Mulk said that Chitral was the biggest district of Khyber Pakhtunkhwa spread over an area of 14,850 square kilometres and formed 20 per cent of the total area of the province. He said the district needed adequate funds keeping in view the population that was scattered in a vast area.-