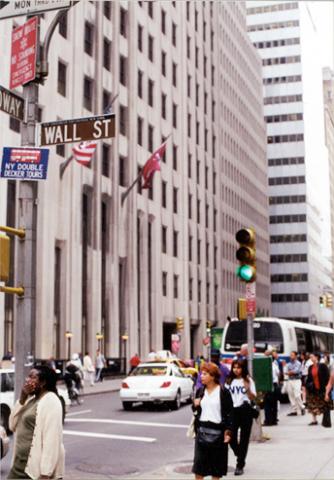 "The Crash of ’09." "The Great Recession." Whatever iconic name will be imposed upon the ongoing financial crisis, it is likely the economic downturn will simply be analyzed by economists as the flood of dollars going out that gave Wall Street a good drenching. The Israelites’ exodus could have made no more of an economic impact on Egypt than this "exodash" of top financial talent that is quietly moving Wall Street into an era of the revival of small business. What might formerly have been seen as imminent disaster is now being questioned as being nothing more than a culling of the economy.
All the uber-brains on Wall Street are abdicating their thrones, packing up their calculators and making a run for it. The big boys are losing their best and brightest to some of the newest players in town. Could this full-speed exportation of money minds spell the end of the big banking industry? Are we simply in a bottom of a perpetuating cycle of economic growth and consequential culling?
The recent economic blitz has not only put many people out of work, but it has forced others to see the light. The top financial minds in the world are leaving the prestigious firms of the old guard in droves. Smaller, newer brokerage firms are finding themselves with an influx of new talent and scared money. The people have lost trust in the gluttonous fat cats who wiped them Iout in the first place.
The tide is turning, and a new trend is on the rise. It is the natural rise and ebb of cyclical processes, which certainly applies to our economy. Is the dollar done? Only time will tell. The confidence of disenfranchised power brokers to set out on the rocky road to entrepreneurial success is a boon to the country’s economic outlook for the rest of us. The guys and gals in the know have not given up hope, which gives John Q. Public a moment to stop and catch his breath and thank God we still have heroic ship captains  and the good guys still beat pirates.
Filed under: Business, US
Share Tweet Pin G Plus Email
previous article: Now you can Book your Nano Car to your nearest Tata Indicom Exclusive store
next article: Complaints against line departments