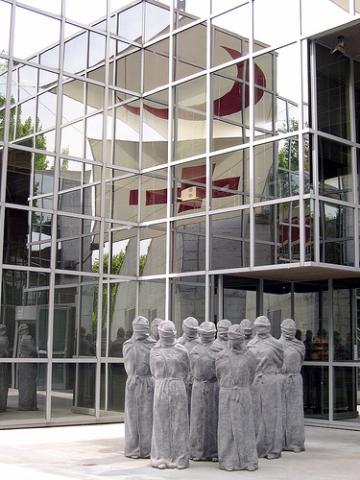 – (Syria News Briefing, a weekly news analysis service, draws on information and opinion from a network of IWPR-trained Syrian journalists based in the country, whose identities cannot be revealed for security reasons.)

Syria continues to receive a stream of Iraqi refugees despite the tighter visa regulations and the poor living conditions the incomers face, which are not expected to improve in the near future, according to the United Nations refugee agency UNHCR.

April marks the fifth year since the United States-led overthrow of Saddam Hussein’s regime in Iraq. The chaos and sectarian violence since 2003, and especially since early 2006, have forced many Iraqis to flee the country.

The vast majority – approximately 1.5 million of them – live in Syria.

In October, Syria imposed visa regulations which had the effect of stemming the influx. The government also made it more difficult for Iraqis to remain under their current visas.

In a report in February, UNHCR noted that the number of Iraqis leaving Syria had subsided, and that the government did not seem to be automatically deporting them for overstaying their visas.

In March 2008, the number of Iraqis entering Syria at the Al-Tanf border crossing was around 700, roughly the same number that left through the same checkpoint the same month, according to Carole Laleve, UNHCR’s reporting officer in Damascus. Laleve said these statistics came from the Syrian government.

UNHCR has appealed for 261 million US dollars to assist refugees abroad and internally displaced persons inside Iraq, maintaining that current funding falls far short of what is needed.

Antonio Guterres, the UN High Commissioner for Refugees, was quoted as saying 261 million was a "drop in the ocean compared to their needs".

UNHCR’s 2008 budget for Syria is 56.1 million dollars. The agency works with the government to provide emergency assistance, health, education and other services for refugees,

Syria itself has appealed for more help. The state media have reported that hosting the refugees costs the country more than one million dollars a year.

The majority live in Damascus and its surrounding areas. Many Syrians complain that the number of refugees has overloaded the country’s resources.

“Iraqis who came with a lot of money have significantly driven up prices, especially of real estate,” said one local journalist. “Many Syrians harbour ill feeling towards the large foreign communities that have settled in certain areas, especially given the differences in accent, tradition and culture between Syrians and Iraqis."

Although the incomers get blamed for driving inflation in Syria, Laleve said most of the Iraqis found themselves in a “very desperate” situation.

"Many of them are running out of money and finding it increasingly difficult to get by," she said.

The Iraqi Red Crescent reported that 46,000 refugees returned to Iraq between September and December 2007, while the Iraqi government claimed that 46,000 returned in October alone. In November, an informal survey conducted by UNHCR found that people were returning to Iraq because they could not afford to stay in Syria.

In addition, 3,000 Palestinian refugees are stranded in camps on or near the Iraqi-Syrian border.

The Syrian journalist said local non-governmental organisations are not allowed to work with Iraqi refugees, but could provide “significant aid” if they were given permission.