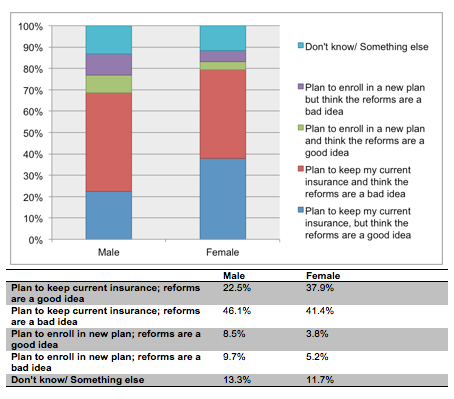 The Affordable Care Act (ACA), commonly referred to as Obamacare, was passed into law in March 2012 and has been slowly rolling out since. The next aspect of the bill to take effect is the launch of online health insurance marketplaces, which allow consumers to comparison shop for their healthcare plans. These marketplaces will open in October.

Since its inception, the ACA has been challenged by Republican politicians. The bill has also proved fairly unpopular among the American people. A recent survey from the Media and Public Opinion Research Group (MPO) finds that over half of the public thinks that the reforms are a bad idea.

A study from Stanford University finds a correlation between accurate knowledge of the ACA and approval of the program, implying that opinion may improve as the program becomes more concrete and accessible. Even with the assumption that information leads to a warmer interpretation of the law, the marketplaces may continue to be misunderstood by many—according to the MPO survey, only about 13.5% of Americans intend to shop for new health insurance.

The survey finds that women are significantly more likely than men to think that the reforms are a good idea.  42% women support the program, compared to 31% of men.

Despite being more supportive of the reforms, women are less likely to say they’ll enroll in a new plan.  18% of men plan on enrolling in a subsidized policy, compared to only 9% of women. 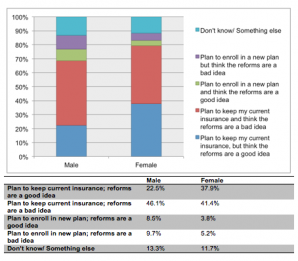