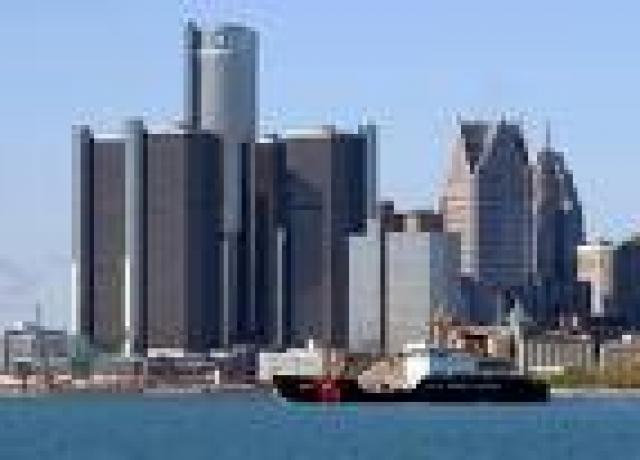 In another blow to the Motor City’s tarnished image, Detroit pushed past St. Louis to become the nation’s most dangerous city, according to a private research group’s controversial analysis, released Sunday, of annual FBI crime statistics.

The study drew harsh criticism even before it came out. The American Society of Criminology launched a pre-emptive strike Friday, issuing a statement attacking it as "an irresponsible misuse" of crime data.

The 14th annual "City Crime Rankings: Crime in Metropolitan America" was published by CQ Press, a unit of Congressional Quarterly Inc. It is based on the FBI’s Sept. 24 crime statistics report.

The report looked at 378 cities with at least 75,000 people based on per capita rates for homicide, rape, robbery, aggravated assault, burglary and auto theft. Each crime category was considered separately and weighted based on its seriousness, CQ Press said.

CQ Press spokesman Ben Krasney said details of the weighting system were proprietary. It was compiled by Kathleen O’Leary Morgan and Scott Morgan, whose Morgan Quitno Press published it until its acquisition by CQ Press.

The study assigns a crime score to each city, with zero representing the national average. Detroit got a score of 407, while St. Louis followed at 406. The score for Mission Viejo, in Orange County, was minus 82.

Detroit was pegged the nation’s murder capital in the 1980s and has lost nearly 1 million people since 1950, according to the Census Bureau. Downtown sports stadiums and corporate headquarters – along with the redevelopment of the riverfront of this city of 919,000 – have slowed but not reversed the decline. Officials have said crime reports don’t help.

Detroit Deputy Police Chief James Tate had no immediate comment on the report. But the mayor of 30th-ranked Rochester, N.Y. – an ex-police chief himself – said the study’s authors should consider the harm that the report causes.

"What I take exception to is the use of these statistics and the damage they inflict on a number of these cities," said Mayor Robert Duffy, chairman of the Criminal and Social Justice Committee for the U.S. Conference of Mayors.

Critics also complain that numbers don’t tell the whole story because of differences among cities.

"You’re not comparing apples and oranges; you’re comparing watermelons and grapes," said Rob Casey, who heads the FBI section that puts out the Uniform Crime Report that provides the data for the Quitno report.

The FBI posted a statement on its Web site criticizing such use of its statistics.

"These rough rankings provide no insight into the numerous variables that mold crime in a particular town, city, county, state or region," the FBI said. "Consequently, they lead to simplistic and/or incomplete analyses that often create misleading perceptions adversely affecting communities and their residents."

The study excluded Chicago, Minneapolis and other Illinois and Minnesota cities because of incomplete data.