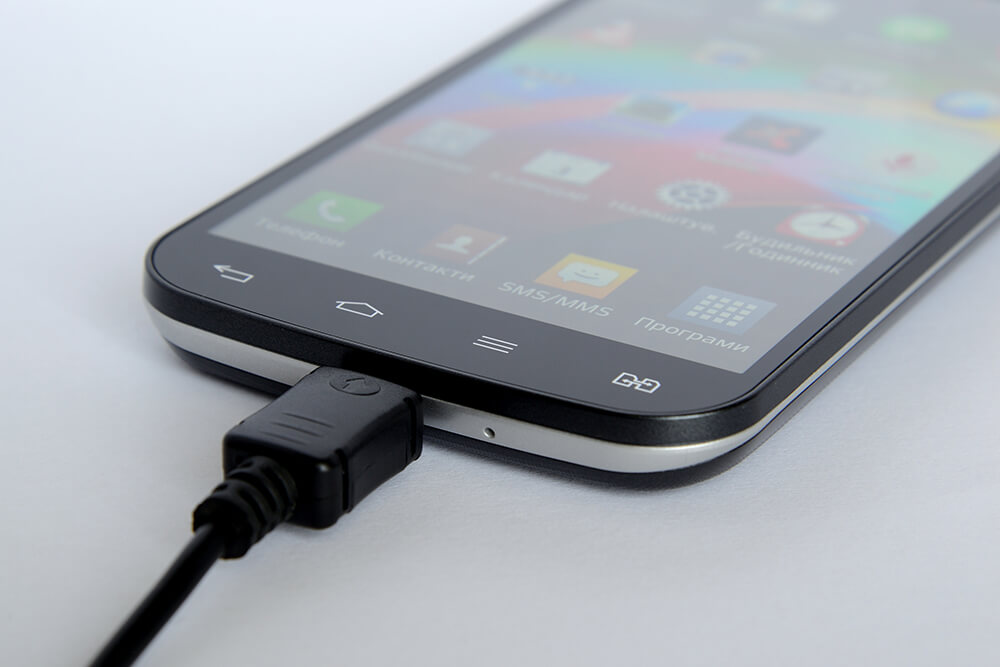 Since charging is such an integral part of our lives, it means that there are a bunch of ways for us to go about charging our wireless devices. I’m going to over some of the most helpful charging electronics that we use today and can very well be useful for you. 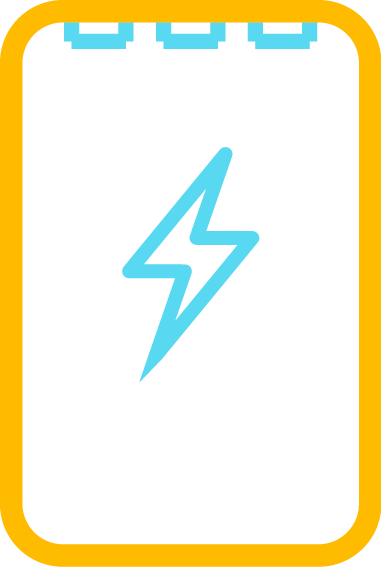 Here are just a few different type of power banks that are on the market: 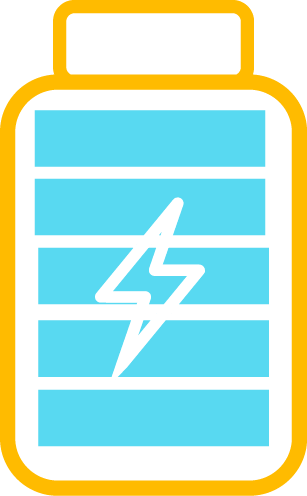 High capacity power banks have a higher mAh rating and mAh is basically the amount of power that a power bank can offer. So higher the mAh, then there will be more times that it can charge a device like a smartphone or a tablet to its full power. However, it’s vital to know that the power capacity of a power bank and its size are mostly directly correlated. This is why high capacity power banks that have 20,000mAh or higher are a lot larger and heavier than ones that have capacities of 10,000mAh or lower.

Not only to these larger power banks feature more power, they also have more charging options because they tend to use multiple charging ports; so you can charge multiple devices at once wherever you are. In addition to having a powerful powering system, high capacity power banks also have special charging tech like Quick Charge and USB-C that are able to charge compatible devices at their max charging speeds.

Then there’s the lower power capacity spectrum of power banks that are the most popular. That’s because low capacity power banks are very small and can come in cylindrical or slim designs that enable us to place these kinds of portable chargers into our pockets.

With that said, small power banks have low power capacities and aren’t meant for long-term use and most of them are only able to charge most smartphones 1 or 2 times to full power. Also, small power banks tend to have only a single charging port and slower charging speeds. So it’s important to know that if you are getting a mini sized power bank, that the main thing to look for is the ease of portability that you’re going to have with it, and also what the power capabilities of it are.

Almost every charging electronic on the market isn’t built on a standard to withstand harsh conditions like a drop to the floor or having water on them. If that happens to most electronics, then the electronic is going to get damaged. There are smartphones that are only now getting released that are able to withstand water, but even then, you need a smartphone case to keep your phone safe from falls and a cracked screen.

The same thing is true for power banks as many power banks on the market aren’t built to take falls and water and so you have to be careful with how you handle them. That is why Rugged power banks exist. Rugged power banks are portable chargers that have better reinforcements that enable them to take shock damage in the event of a fall. In additions to be shockproof, Rugged power banks also have a covering that goes over its charging ports and those are able to keep water out. 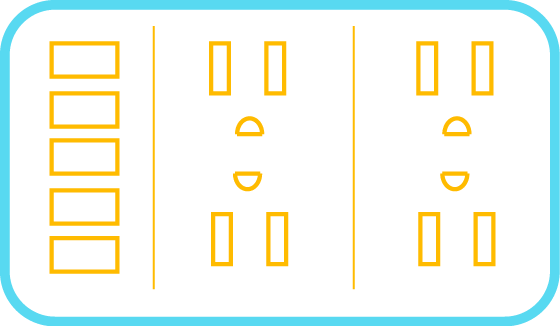 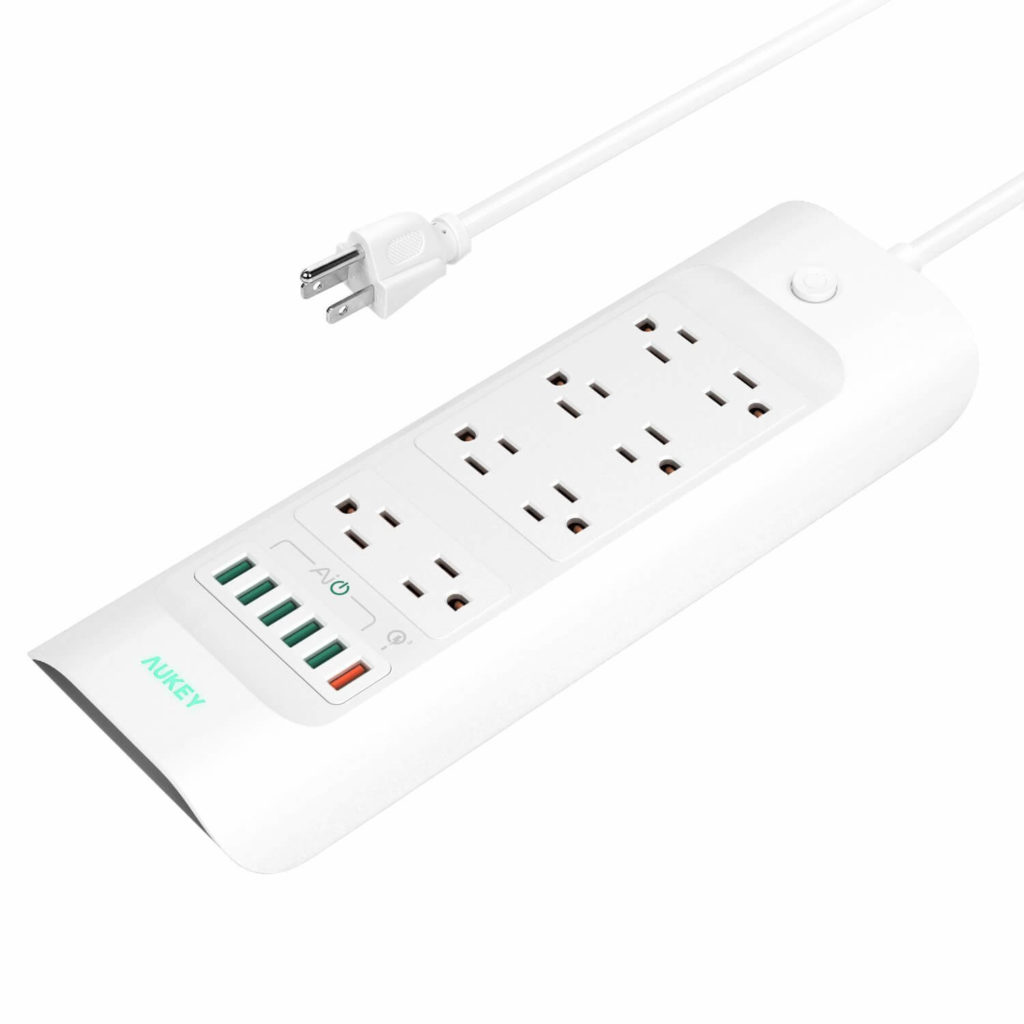 Using built-in ports basically removes the need of using a USB wall charger, much less purchasing a wall charger. USB ports on Surge protectors are quite powerful as too because if you’re purchasing yours from a reputable charging electronic company then each of the ports will have a charging speed of 5V/2.4A and that’s kind of charging speed is able to charge most devices at their max charging speeds. Also, lots of Surge Protectors are able to have lots of charging ports, an example of this is the above Aukey Surge Protectors that allow you to charge 6 devices at once. What also makes it amazing is that it features a Quick Charge port, so those that own Quick Charge devices are able to charge their smartphones at max charging speeds. 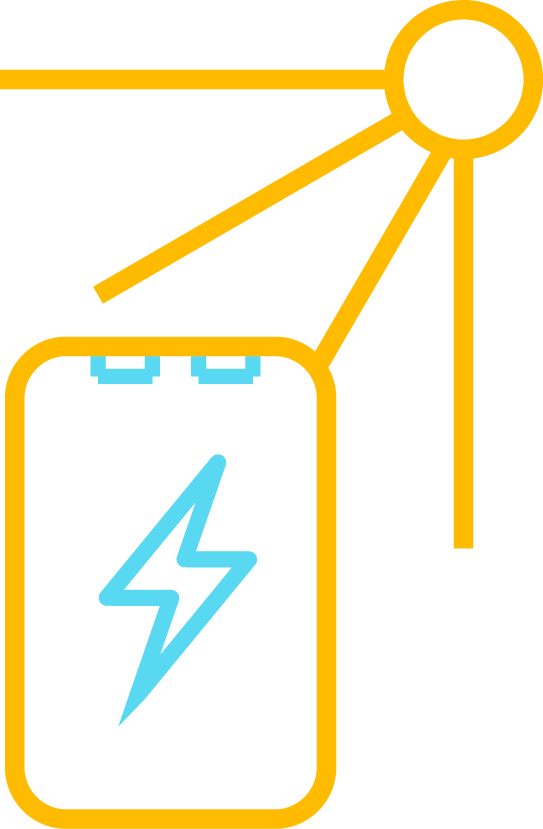 Using Solar power for our everyday lives is becoming the norm and for great reasons too. This is because solar power is basically an endless amount of power that is able to use either when the sun is shining outside or even if you have a little bit of light, that too can be transferred into useable power. Since Solar power is so useful, we’ve been able to implement it into our charging electronics and that is why Solar chargers exist. With that said, Solar chargers shouldn’t be a mistake for Solar power banks because Solar power banks just use a single solar panel and are quite slow at recharging using the solar panel that they have.

However, Solar Chargers are a kind of electronic that use multiple Solar panels and usually have about 2 charging ports connected to those solar panels. Since there are multiple large solar panels, they’re able to take in more solar rays and that result in more energy to convert and ultimately, there’s more powerful and constant charging available. Solar chargers are going to be there most useful for when you’re hiking or camping because that’s when you can connect the Solar charger to the back of your backpack, have the Solar panels facing outwards and that way they’ll capture as much Solar power as possible.

When the solar panel is on your back, this also means that you can connect a charging cable to the solar charger and charge your smartphone while you’re walking the hiking trail. Overall, even though Solar chargers are going to be their most useful when you’re exploring the great outdoors, they’re a highly innovative charging electronic that will only improve further than what they’re currently at.

Filed under: Lifestyle, Technology
Share Tweet Pin G Plus Email
previous article: “Adventures of Sherlock Holmes” by Arthur Conan Doyle
next article: The Classiest Outfits You Must Have In Different Forms & Unique Shapes