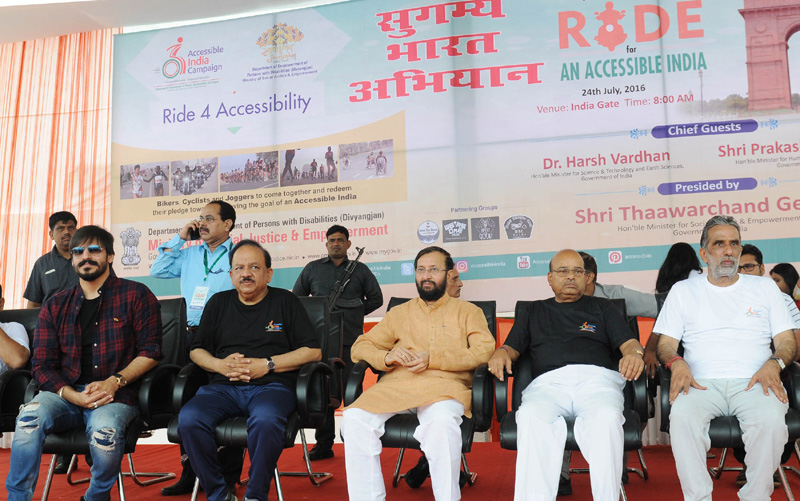 ‘Ride For Accessibility’ At India Gate

New Delhi (PIB-GR-TYP-BIN): The Department of Empowerment of Persons with Disabilities (Divyangjan), Ministry of Social Justice and Empowerment, Government of India and some of the leading Motor-Bike Groups of the National Capital decided today to come together to spread awareness about ‘Universal Accessibility’ through ‘Ride for Accessibility’ for the Accessible India Campaign.

Speaking on the occasion, Mr. Prakash Javadekar said that chapters on Disability will soon be included in school curriculums to sensitize youngsters and the educational institutes will also be made accessible for persons with disabilities in a phased manner.

Dr. Harsh Vardhan congratulated the Department for this unique initiative by actively involving the youngsters to spread the message of Accessibility.

Mr. Thaawarchand Gehlot highlighted the objectives of Sugamya Bharat Abhiyan and said that it was the moral duty of every citizen to come forward and support the cause.

Mr. Krishan Pal Gurjar added that the huge gathering at the event was proof that noble causes always strike a chord with youngsters who are eager and enthusiastic contributors to such Campaigns.