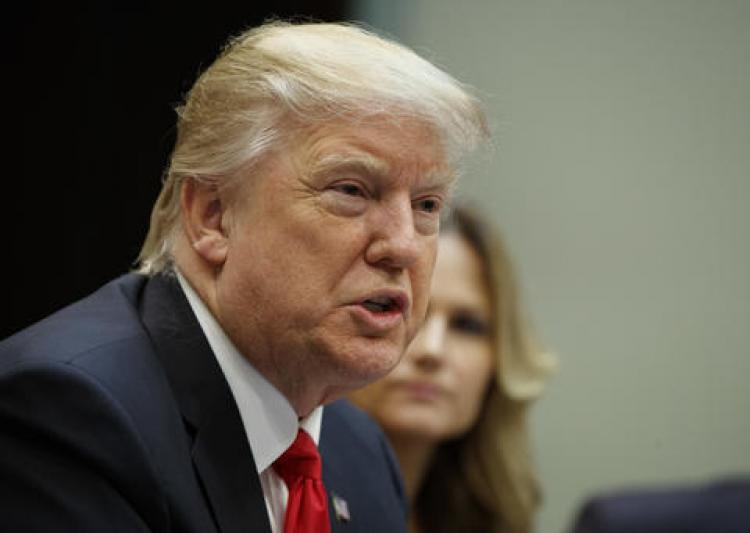 Mr Trump, The President, “A Legend in Making”

Mr. Trump’s policies and executive orders have rattled the world and it seems as if in just a week of Mr. Trump’s presidency, the world order has taken an unanticipated turn. Today, his policies might look too harsh on the skin but America will remember him as a legend in the years to come and his policies which today beckon a popular discomfort will chisel a better America of tomorrow.

The Ban on immigration which is one of the major policies of Mr. Trump has given rise to a lot of controversy in the past few days. From a liberal background to which I belong, this step may look anti humanitarian but from the perspective on an American Supreme Commander, this seems a legitimate move.

This is because “Cultural Identity” is a central factor shaping a country’s associations and antagonisms. These communal wars are termed as “Identity Wars”

These differences spur from the feeling of superiority(and occasionally inferiority) towards people who are perceived as being different, fear and lack of trust in such people and difficulty of communication with them as a result of differences in language and what is considered communal behaviour. Slowly, a hate dynamic emerges in which mutual fears, distrust and hatred feed on each other.  (My earlier article on refugee crisis in Europe could be referred to understand my understanding).

Another point to be noted is that divorced from culture, propinquity doesn’t yield commonality and may foster just the reverse.

Mr. Trump’s policies on jobs and H-1B Visas will surely lead to an increase in jobs for American people. Being an Asian, I realize the implications this policy would have on the numerous Asians outsourced in America, but then we need to understand the role of the American President towards his people. And Surely, this policy will be beneficial for the American Populace.

In spite of being a great fan and admirer of Mr. Obama and Mrs. Clinton, if we are really a true friend of America then we need to think for America keeping aside our own benefits. I also believe Mr. Trump’s policies regarding healthy relation with Russia is in favour of healthy and successful society of tomorrow. In my opinion, it is the responsibility of the 3 Big Nations, US, UK and Russia to keep aside their individual strategies and should work on collective strategy which will shape peaceful world of tomorrow. The world has to understand that after industrial revolution in Europe, this is the biggest change that the world community is facing today. One has to understand never before than existing present period, there was such a huge imbalance and difference among rich and poor, where a rich might earn a few thousand or several hundred thousand dollars with just a tap on a computer and a poor is still working 8-10 hours a day, to earn bread for his family.

Mr. Trump’s American withdrawal from Trans Pacific Partnership is also a commendable move. A certain commodity which was made for $10 in America, was being imported from Trans Pacific Nations at a much cheaper price say $2.  Americans were losing jobs and it was an important move to rebuild jobs in United States. It is important that people from a certain country get enough job opportunities on their own land.

A true believer in democracy and constitution would always respect the elected head of the state. Someone may like or dislike but Mr. Trump is the President of the United States and he will be there till his complete term.

So, one has to learn to adjust with this fact and Learn to Live with It.