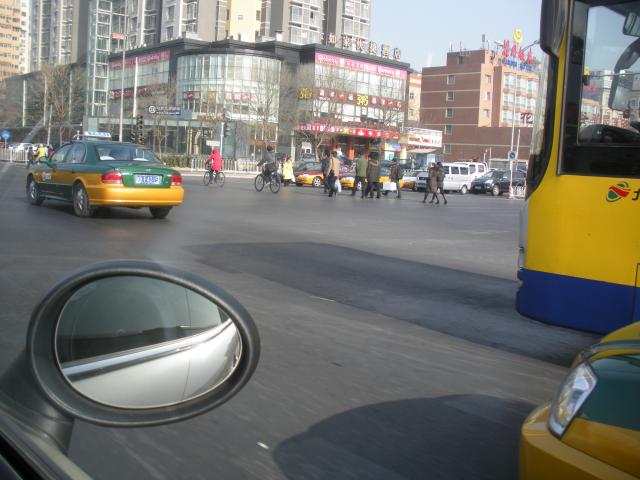 I was very happy to have a lunch with my old friend, Ms. ZaiJing yesterday. We talked a lot about our friends, and also something about her life. She told me a funny story about her daughters:

JiaJia is 7 years and Cici is 4 years old, who are Zai’s daughters. They are very intelligent.

One day, Cici hold one chopstick and said to her mother:"Mom, do you know? this is a migic wand, I can transform you into anything you want. Tell me, what do you want to be transformed?"

Zai pretended think a while, then said:" Emmm, I want to be transformed into a fairy.

"OK!" Cici said. She was mumbled a few words ,may be spells, very seriously and pointed her mather with the "magic wand"(the stick):"Go!"

Cici walked closer to her mother and said softly:"Mom, now you are a fairy!"

Zai smiled to Cici with satisfaction.

JiaJia walked into the bedroom at that time. She talked to her sister:"Can you transform me into fairy too?"

Cici said:"No, I can’t! I only have one chance to transform one into fairy. If you want to be transformed, you have to choose another one."

JiaJia was very unhappy, she demanded her sister to do it again, so that she could be transformed into a fairy too. But Cici didn’t want.

Jiajia’s eyes were moist with tears. Zai said to Cici:"I would like to abandon my chance, please transform Jiajia into a fairy now. OK?"

Cici watched her mother’s face and mumbled :" No way, I’ve already transformed her into a pig."