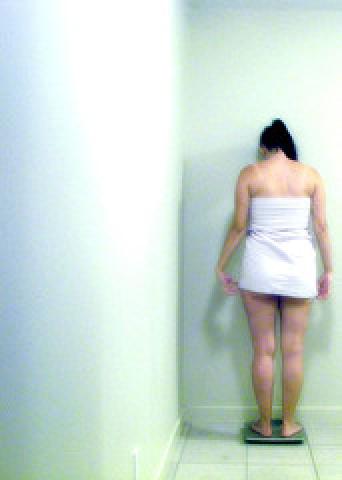 A child dancing atop a table may not be an unusual scene, but MTV, a popular satellite entertainment channel, will begin broadcasting the reality TV show Splitsvilla, where twenty young bachelorettes will compete against one another for two men.

Just how much our worldview has liberalized continues to amaze. Women are putting on make-up and sexy outfits to attract two men, while the two guys "have fun.",After every round, they will have the opportunit to approach the women and say, "We are dumping you." The girls, who have wholeheartedly invested their souls into impressing these men, will return home in tears.

This cannot be a show. MTV is just spoiling the moral values of our young generation. "Splitsvilla" is nothing but a insulting platform for the "Self-concerned Stupid Girls." Beauty and brain do not come together – maybe these women are superficially gorgeous, but are they not humiliating themselves? We are fighting for womens’ rights and at the same time promoting such programmes in our daily entertainment. It is rather ironic that we do so. If men and women are equal, then why does MTV organise such a reality TV show? On the other hand, MTV will never even consider this perspective, because they love to show off their girls.

Only the male gender enjoy such entertainment – technically, less than half of the world’s population. They laugh at what the girls are doing to win those two idiots’ hearts.One of them will dump a girl, claiming that "you are playing tricks on a ‘real’ show." Please! Someone explain such stupid comment. "Real?" Is he really going ask one of them to be his girlfriend and marry her a couple years down the line? One of the guys even admitted that "the girls have already started but I will start my flirting tricks later." What is this then?A search for a real love by flirting?"

I would like all women to look up the word "dump" in the dictionary. I remember that in Indian soap operas I watched as a youngster, many have said that women are the mothers of a nation. Is this how we will respect the mothers of our country, of our culture? There is always something to learn from a programme but can anyone say what we are learning from this show?

MTV should not telecast such immoral, illogical reality TV show. It is destroying the next generation of youngsters.