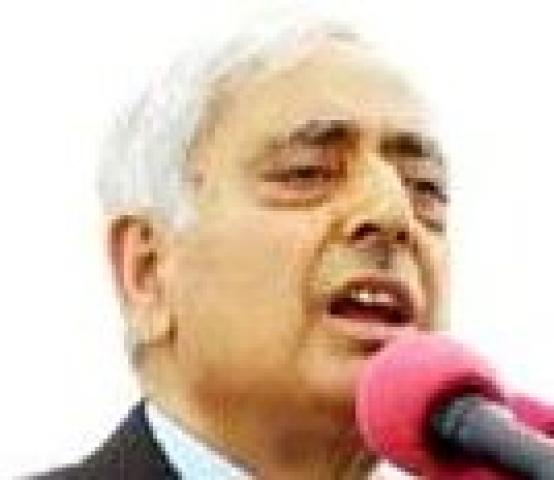 Budgam (Kashmir), May 2 – Mufti Mohammad Sayeed Patron  of Peoples Democratic Party (PDP) has asked the Governments of and to focus on the resolution of the problem in a more meaningful way. “As the people’s stakes in the peace and resolution process have grown manifold, the Government of India must revive the process of understanding and reconciliation within the State for the resolution of the problem, as was done after the 2002 elections” he said.

Addressing a series of public meetings in Beerwa and Khansahib assembly segments of the parliamentary constituency in Kashmir on Saturday , Sayeed said at the same time bilateral initiatives between and on must also move side-by-side to workout a comprehensive solution of the problems of Jammu & Kashmir. He said having suffered immense miseries for the last six decades, the main cause of this distressing situation for the people of Jammu & Kashmir is the unresolved Kashmir issue that has jeopardized the security, peace and prosperity of the State and the region. “PDP’s vision of Self-Rule lays the roadmap for amicable settlement of the issue in an environment of broader, permanent and just understanding and cooperation between India and Pakistan,” he said.

The PDP Patron said the remarkable feature of the peace process that was evident between 2002 and 2005 was that for the first time in J&K’s history, the State Government had initiated, catalyzed and driven the process, instead of being a passive recipient of the bilateral initiatives. “Immediately after the assembly election of October 2002, the State Government took the centre-stage to drive and facilitate the peace and resolution process” he said and added that the results of these bold initiatives were there for everybody to behold.

Sayeed said, unfortunately, after the change of guard in 2005, the peace and reconciliation efforts took a back seat and despite having three Roundtable Conferences on Kashmir and constituting five Working Groups, there was little movement forward on the resolution of the problem and not a single recommendation of the Working Groups has been implemented till date. He said it was because of the dallying attitude of the Government of and the lack of a political and economic agenda for governance with the State Government, that the people have again started losing faith in the democratic institutions and processes leading to cynicism and alienation.

Sayeed said the present disappointing situation necessitates some bold political and economic measures to build people’s confidence. “At present what is needed the most is the political will to move forward on the resolution process with greater trust in the people of the State, only then can the dialogue and the peace process culminate in a resolution that would bring everlasting peace, not only in Jammu & Kashmir, but the whole subcontinent,” he said.