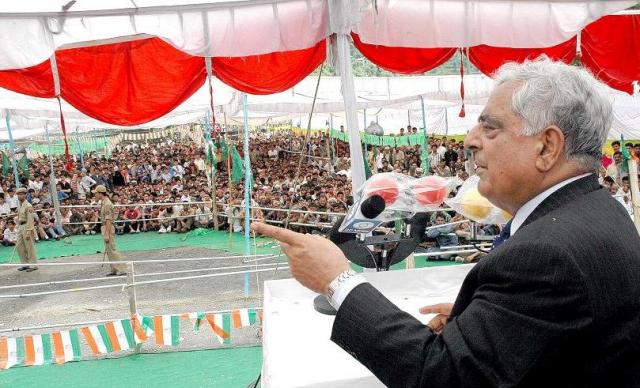 Addressing district committee meeting of PDP Ramban unit, he strongly demanded that locals should be given priority in the new hydro-electric projects to be started in this belt because local have first right of employment in these projects. “Instead of appointing locals on small petty jobs,  the agencies engaged in executing the hydro-electric projects must open training centres in these areas to train the local unemployed youth so as to

engage them on technical jobs”, he demanded, adding, “employment opportunities for locals must be created while constructing hydro-electric projects in this belt.

should be given to the areas where hydro-electric projects are setup because locals have right of getting free electricity.

He further demanded that compensation to people, whose land has been acquired for widening of , should be given at par with other parts of the State.

Reiterating resolve of his party to pursue the agenda of peace and development, he said that PDP-Congress regime had carved out a path of equitable development in the State and had initiated comprehensive policy to connect remotest areas with the main towns by spreading road connectivity.

Calling upon the party workers to vociferously take up peoples issue, he said that common masses of the State were looking towards PDP for solution for their problems because the present regime has failed to come up to the expectations of the people. He said that PDP’s peace and development has been accepted by the people.