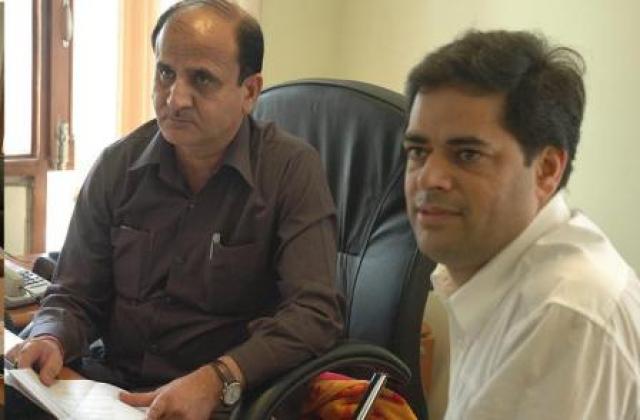 Srinagar,June 17 (Scoop News) – Deputy Chief Minister,  Tara Chand today said that the Government is all set to hold Municipal Elections in the State during September-October this year, adding that all the necessary arrangements for the purpose have been put in place.

The Rural Development Minister, Advisor to Chief Minister, Minister of State for Housing and Urban Development Department, Chairperson, Women Development Corporation and other MLAs highlighted various demands for speedy development of their respective constituencies. They also sought improvement in sanitation, drainage, sewerage system, construction of lanes/drains and public convenience in the city. They asked the concerned officers to install street lights in different areas of city. They also demanded initiating measures for the development of roads and beautification of old and historical city.

Tara Chand disclosed in the meeting that the Government has decided to establish four low cost housing colonies for economically weaker sections of the society at and .

Tara Chand said that the Government is also contemplating to develop Housing Colonies at district headquarters and prime locations in the State for the middle class and others.

He said, nobody will be allowed to convert their agriculture land for construction purposes.

Tara Chand said that the coalition Government is abreast with the problems of the people, adding that all available resources are being mobilized to solve their grievances. He said that the people of the State will be provided transparent, accountable and responsive administration.

The Deputy Chief Minister stressed upon the officers and agencies connected with the developmental and other welfare activities to work in coordination and complete the works within stipulated time frame.

Filed under: Media & Tech, Opinion
Share Tweet Pin G Plus Email
previous article: Speaker of Lok Sabha to inaugurate “Legislature in India” exhibition on Jurne 20 in Kashmir
next article: One year of offensive