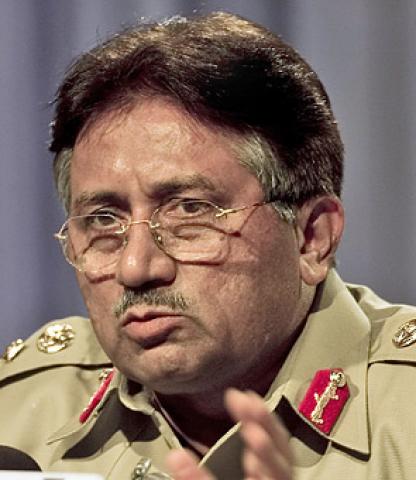 Islamabad: Pakistani President Perwez Musharraf in a brief meeting with senior journalists on Saturday again firmly rejected the rumors that he is likely to resign and insisted that he will not step down in present circumstances.

However, his tone was down and his body language showed a different story than his words, noted the editors and journalists who were attended the meeting.

Meanwhile, a woman tried to commit suicide in Multan, Punjab, by burning herself after police did not take any interest in arresting the abductors of her teenage daughter. The woman was saved by residents of the area.

In Peshawar’s Badabher area, members of an extremist group, Lashkar-e-Islami, led by Mangal Bagh, kidnapped a local Pashto singer who was on his way to attend a wedding ceremony.

A spokesman of the group told media on phone that they had warned the singer to stop singing because it is un-Islamic and when he failed to do so they kidnapped him, reported local daily Mashriq of Peshawar.

The group has kidnapped singers in past too, confessed the group member.

The Badabher police station was unaware of these incidents when it was contacted.

Filed under: Politics, World
Share Tweet Pin G Plus Email
previous article: How To Get Back Your Ex Boyfriend
next article: THE SHRI KRISHNA CONCH FINALLY SUNK FOR EVER