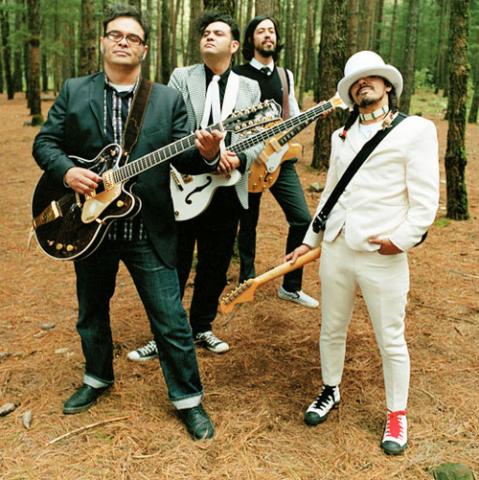 I am not a Music journalist of any kind but sometimes what matters is what the fans have to say and when the fans can construct a well written review about a band, artist, etc. the review should be considered worth reading. Having been a long fan of Cafe Tacuba and having been able to read a few articles and reviews about them I felt it necessary to share my insights and thoughts on this magnificent Mexican Band.

I was in business school when I was first introduced to Cafe Tacuba by a classmate from Bolivia. She lent me her copy of RE, Cafe Tacuba’s second studio album, and from beginning to end -yes, it sounds cheesy and very cliche- I was sold. It was 2002 when this encounter happened and I was already 8 years behind on Cafe Tacuba.

They can be considered a rock band but they are very versatile, especially as time progresses. I am lucky to own five of their albums:

listed respectively in chronological order. The difference in musical style is noticeable in all of their albums and you can definitely take note as to how each album and the year it was released go hand in hand music-wise.

I am not very familiar with the Mexican Rock scene of the 1990’s but after having listened to various rock groups that sprung from that time: Molotov, Mana, Jaguares aka Caifanes, Maldita Vecindad, etc. -its a coincidence that the majority of the bands that I have listed start with M- I am sure that the quality of music produced back then is truly one of a kind. Rock en Espanol, as it is considered, still gives great music to listen to but nothing can compare to the origins.

I truly recommend to open-minded music lovers to invest in Cafe Tacuba. From slow, romantic songs to upbeat, rock-wild hits Cafe Tacuba delivers and has yet to catch me off guard. Check them out.

Filed under: Music & Film, World
Share Tweet Pin G Plus Email
previous article: Love can the definition ever end, news and views with Owen Meany
next article: iPhone Guide: How to Use Tansee iPhone Transfer