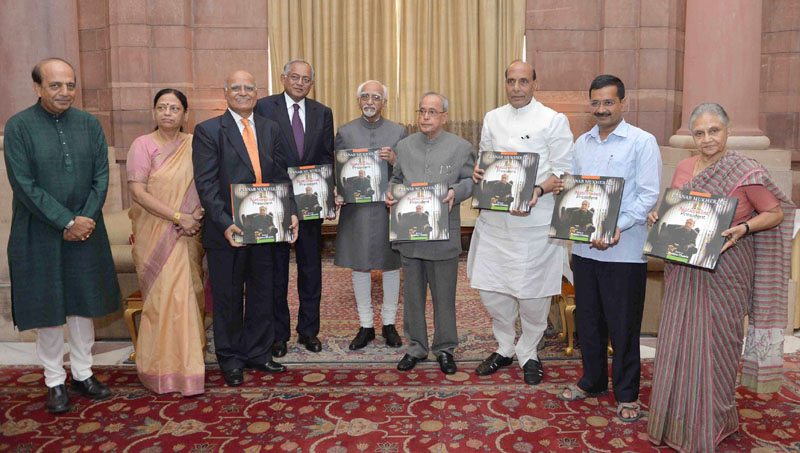 ‘Indian Democracy Is A Marvel’

Before releasing the book, the Vice President of India, Mr. Mohd. Hamid Ansari said that the book was a record of the President’s enlightened vision.

Paying glowing tributes to the President of India, Mr. Pranab Mukherjee, the Union Minister for Home Affairs, Mr. Rajnath Singh said that during the last five decades, Mukherjee had dominated the political scene. He has been known as an eminent political leader and a consensus builder.

The book has been edited by Mr. Prabhu Chawla and produced by the senior editorial team of the New Indian Express as a tribute to the President and in celebration of his personality as a human being, eminent political leader and as the occupant of the highest office in the country.