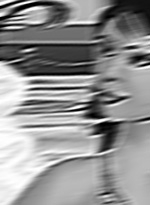 In another universe, I am a woman.  She only exists in a virtual world, as an "avatar" in an online game called Second Life.

My avatar is currently an attractive, thin blonde woman who enjoys flying, undressing and standing still in the middle of empty buildings and changing her clothes.  These aren’t really her hobbies, but they are the only things I have accomplished with her so far in my Second Life.

If you aren’t already familiar with online game, Second Life describes itself as "a 3-D virtual world entirely built and owned by its residents. Since opening to the public in 2003, it has grown explosively and today is inhabited by a total of 4,478,583 people from around the globe."  The online society is made up of avatars, 3D graphical representations of users that co-exist in this virtual world.

When I began in this life, my generic female avatar was dropped into the virtual world near a billboard that had some instructions, leading her to another billboard with more instructions.  She read some more and moved on, not paying too much attention to this little orientation.

She definitely doesn’t remember reading anything about flying.  She would find out about this on her own.

Some interesting data about Second Life from Wikipedia to give you some idea of how this online world is growing:

"Some significant dates in the growth of Second Life are:

An analysis of the economy of Second Life before December 2006, published in The Guardian, suggested that the number of active Residents was "in the region of 100,000", and its churn rate was over 85%. Second Life statistics claim that 144,108 customers spent money in-world in December 2006.

My skepticism led me to believe that users were either creating multiple accounts or joing and leaving and joining again and Second Life just counted everyone as a member.  It still sounded very interesting, until I started to play and soon realized that playing the game requires as much maintenance and effort as my first life.

My second life deserves a third…

One of the reasons I chose to be a woman in my Second Life is that I the game told me that I could change this at any time.  It’s somewhere in "Preferences" I think. It is a woman’s perogative to change her mind…

[note: June 14, 2007 | "Comcast is the latest media company to jump into Second Life, the popular online virtual world. The company has opened “Comcastic Island,” an online theme park, which features a racetrack, Jet Ski track and jet pack course for visitors to compete in…." –
Broadcasting & Cable]

[note: Sept. 26, 2007 | "MILAN (Reuters) – Fashion designer Giorgio Armani has opened up shop in virtual world Second Life, with a store modeled on his flagship location in Milan, his company said in a statement on Wednesday.

The silver-haired Armani will send an avatar of himself to the celebrate the opening of the store.

"Finally, I can really be in two places at once," the ever-busy stylist who launched a mobile phone on Monday, said in the statement."]