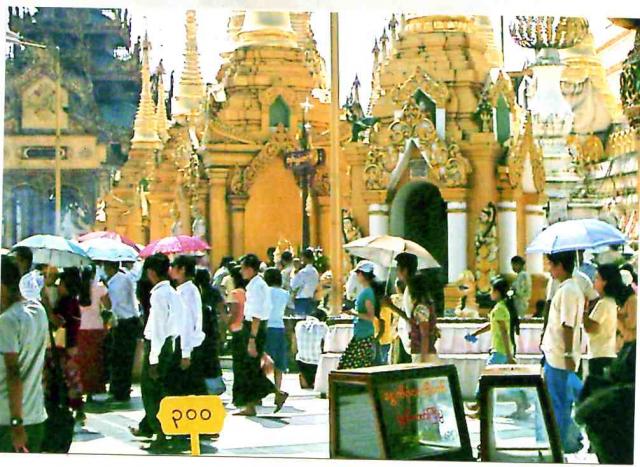 My views on issues like national sovereignty could be seen as unusual.

In the strong unlikelihood that any outside nation would attempt to invade the U.S., I’d be waiting on line to be handed fatigues and a rifle.  This isn’t some tough-guy jingoistic statement, though.  This place is the only home I’ve ever known, and it’s the only way of life I’ve known, so I’d stand up and die defending it from someone who plans to turn it on its head and subjugate me (lord knows we’ve done that in other places).

However, there are plenty of times where I feel the concept of national sovereignty is the biggest pile of crap I’ve ever heard of, and where I feel that we should stop being nations and start being one planet and one race.  I’m in favor of giving the League of Nations – oh, I’m sorry, the United Nations – a lot more power than it currently has.  The situation in Myanmar (or Burma, whichever you want to call it) is a prime example in this case.

The estimated death toll from the Myanmar cyclone stands somewhere between 63,000 and 100,000, and only today was the first U.S. aid flight allowed to land by Myanmar’s military junta.  Two more flights have been authorized and granted access.  That’s it?  Three flights of supplies and just $16.25 million to help millions of people?!  That’s not enough.  How much of the U.S.’s money will actually reach those people, who don’t have access to clean drinking water and are lacking adequate shelter?  When will the junta approve the visas for U.S. disaster experts who could actually help start turning things around?  We’re not trying to invade and take over the country and overthrow the government…we just want to help.

CNN said that "the military junta has said it will accept international aid but insisted it would distribute the supplies itself."  Bullshit.  When they have an attitude like that, I would be shocked if very much gets to the people.

Meanwhile, all the Secretary-General of the UN can seemingly do is badmouth the junta (rightly so) and complain about how frustrated he is at the slowness of the aid movement. He’s virtually powerless.  The junta won’t listen to him, and it doesn’t trust Western nations.  PEOPLE ARE DYING, and all the governments of the world are doing are battling over authority and sovereignty.  Forget sovereignty…help these people, damn it!

The UN needs to have the power to be able to examine such a ghastly humanitarian crisis and act in the interests of the health and safety of the victims, but as long as the concept of national sovereignty still exists, the sad truth is that such a thing will never happen.  More innocent souls who were merely in the wrong place at the wrong time will rot away, and the UN will be powerless to help.

I know this one of my more sophomoric pieces, but given the scope and complexity of an issue such as this – with a solution that ideally should be so blatantly obvious and simple – I can’t think about it without becoming angry to the point of near irrationality.