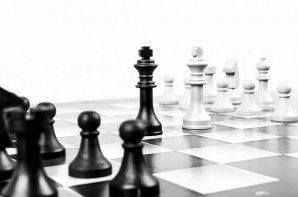 The murder of Yara Gambirasio

Yara Gambirasio was a 13 years old girl of Brembate, a small town in the province of Bergamo, in Northern Italy, who disappeared on November 26, 2010, and whose corpse was found in an open field in the nearby Chignolo three months later, on February 26, 2011.

The murder triggered one of the most imposing and expensive investigations in Italian history: the rumor has it that it could have been cost to the Italian taxpayer as much as 8 million euro.

The numbers are certainly impressive: 18000 DNA samples collected in the area, the same number of phones put under control and as much as 56 million conversations tapped, if media sources are reliable.

This gargantuan effort led, on June 16, 2014, to the arrest of Massimo Giuseppe Bossetti, a 44 years old (at the time) construction worker living at Mapello, another small town close to Brembate.

The Italian Minister of Internal Affairs, Angelino Alfano, announced the arrest on Twitter, saying that the murderer of Yara had been finally apprehended.

It looked like a slam dunk case, since it had been known for years to the public opinion that the DNA of the alleged killer (at the time named “Ignoto1”, that is “Unsub1”) had been found on the victim’s corpse and all the massive investigation was finalized to give a name to the owner of that DNA.

The prosecution and the media (or the prosecution through the media, if you prefer) announced soon after the arrest that Bossetti’s DNA matched the sample attributed to Unsub1 on 21 markers, forensically speaking an almost unprecedented feat and a watertight identification.

In the first weeks, indeed months, after the arrest I did not bother much about this case, since it appeared like the only thing missing was the formality of a trial.

The general expectation was that of a confession in face of such foolproof evidence of guilt, and perhaps some started to have doubts when this confession did not came after a few days or weeks.

But what made me start to wonder was first the delay of the decision of closing the investigative phase and go to trial and then the emerging of a pattern already seen before.

With such an apparently overwhelming and unassailable evidence at hand, the prosecution was nevertheless going on trying to pile up elements of circumstantial evidence that appeared more and more debatable, when not outright laughable.

Among the debatable are fibers found on Yara’s corpse and deemed “compatible” with the fibers of the seats of Bossetti’s light truck (as well as with tens of thousands of similar trucks and buses), or the alleged CCTV shots showing that same truck “circling around” the gym where Yara was last seen alive at the time of her disappearance. Since no license plate was identifiable, the identification was based on the comparison of daytime photos of Bossetti’s truck with the rather grainy shots from CCTV taken with scant artificial light.

The phone cell records are also inconclusive and by now even pro-guilt people agree that they just do not give Bossetti an alibi.

Among the outright laughable ranks the alleged period of “lack of communication” between Bossetti and his wife around the day of the murder, deduced by the examination of the phone records, as if a possible marital crisis should lead someone to kidnap and kill a 13 years old girl, instead of searching for a more mature lover.

Why going on assembling (and “leaking out” to the media) such an heap of debatable at best evidence, when allegedly there was that incredibly strong DNA evidence?

This question led me to take a deeper look at the case and to its “queen evidence” (as it is called in Italian), namely the famed 21 markers matching DNA.

Too good to be true?

The crucial piece of DNA evidence in this case is a trace named 31G20, collected on the victim’s panties.

In various court documents and expert reports it has been defined as of being of “outstandingly good quality” and “with abundant presence of cells”.

It matches with the defendant’s DNA profile on as much as 21 markers: all those used in the CODIS plus others used in Europe.

Nevertheless, already back in 2011, the RIS (the special department of the Italian Carabinieri devoted to forensic investigations) pointed out that:

“As it has been repeatedly stigmatized, the analytical study of the samples considered in the present investigation has been made particularly difficult by their bad state of conservation and by the objective complexity of the subsequent lab results, not always well construable because of the high level of biological degradation of the samples … […] on the other hand, it appears at least debatable how a possible degradation of the proteins in the trace isn’t matched by a correspondent degradation of DNA.”

What does this mean?

It means that the RIS were unable to positively determine the biological source of the trace (i.e. blood, semen, saliva, etc.), because they were unable to find the corresponding mRNA (messenger RNA) markers in the trace and what they are saying is “it is strange that if the trace was deteriorated enough not to allow us to find the mRNA markers, it was on the other hand possible to find a DNA match on so many markers”.

It is not the only “oddity” of said trace: the mitochondrial DNA of the defendant does not show up in the trace either.

DNA can be divided in two types: nuclear DNA (or nDNA), that is the DNA contained in the cell’s nucleus and whose content is inherited half by the father and half by the mother of any individual; there is then mitochondrial DNA (or mtDNA), contained in the mitochondria of the cell (usually defined as the cell’s powerhouses) and that is inherited only by one’s own mother (who, in turn, got it from her own mother, and so on).

While nDNA contains much more information than mtDNA and it is the only one unique to a specific individual (except for identical twins), mtDNA is generally considered the one more able to resist degradation.

While one can find studies disputing mtDNA’s higher resilience with respect to nDNA, it is in any case considered at least as much resistant to degradation as nDNA and the same can be said for mRNA.

So a trace presenting a nDNA of “outstandingly good quality” together with a lack of mRNA and mtDNA is an outstandingly rare beast indeed.

And it is not all, because according to the prosecution’s case Yara’s body remained lying in open country for 90 days after her death, and while I’m not a geneticist or a forensic scientist, studies quoted during the debate on the case in Italy seem to exclude the possibility of the persistence of any nDNA for such a long time in those conditions, let alone the possibility of retrieving a sample of “outstandingly good quality”.

So what explanation can be done of such an unusual phenomenon?

The trial is ongoing in Italy and discussion in court of the DNA results should begin on Wednesday October 21st, and if the confrontational mood displayed by both prosecution and defense in the previous hearings is of any reference, sparks are bound to fly.

During the about 16 months from Bossetti’s arrest until now, however, some have, on “out of  mainstream” blogs in Italy, pointed to a troubling possibility.

Their main reference is a 2009 article by Dan Frumkin et al. of the Israel Police showing how DNA attributable to an individual can be fabricated in a lab.

While Frumkin describes also a procedure for fabricating a whole human genoma, the easiest method illustrated in the article relies on the same PCR machines used to amplify DNA samples in genetic investigations.

And those machines (or “kits”) only amplify specific parts of a human nDNA, known as Short Tandem Repeat or STR, of course the same ones used to attribute a given sample to a given individual during a crime investigation.

This would quite easily explain the absence of mtDNA and mRNA: they were not fabricated alongside the nDNA’s STR regions … which, in this scenario, would be the only thing the alleged Bossetti’s DNA would be made of.

I do not know if the defense will dare to bring this hypothesis in court, since in Italian courts even just hinting to the possibility that the defendant has been framed is always a dangerous path.

However, if the sample constituted by trace 31G20 is still available, there would be tests outlined in the above-mentioned article by Frumkin that could reveal the synthetic nature of the DNA, if that is indeed the case of 31G20.

Once eventually established that that DNA has been fabricated, questions about the why and who could perhaps be the object of another investigation, but Bossetti would be almost certainly acquitted, since the remaining evidence is well below the “beyond any reasonable doubt” level.

Moreover, if a critical piece of evidence could be positively proven as having been fabricated, shadows would be cast also on much of the remaining evidence, from fibers to CCTV shots.

But do still have the possibility of doing any further test on trace 31G20?

This is unclear: the trace once upon a time defined as quantitatively abundant has apparently dried up according to a January 2015 expert report.

Not just that: trace 31G20 is indeed, re nDNA, a mixed sample of Unsub1 and Yara Gambirasio, but while the 2011 RIS report stated that 70% of it was attributable to Unsub1 and the remaining 30% to Yara, the 2015 expert report has essentially inverted that ratio.

A mistake or an alteration?

This case is very complex, as the investigation was, and I just sketched out the main controversy, namely the one concerning the presence of the nDNA of the defendant on the corpse of the victim.

The history of the investigation itself and of how it arrived at Bossetti would deserve a distinct article, or perhaps even more than just one.

The case presents anomalies also outside of the genetic field, like the one concerning state of conservation of the clothes on the corpse: close to pristine on the upper half of the body and highly deteriorated on the lower half.

Or like the lingering question of how hundreds of searchers, also helped by helicopters and cadaver dogs, were not able in three months to find Yara’s corpse 300 meters away from a big building site close to the town of Chignolo.

Nevertheless the prosecution is adamant that Yara Gambirasio died in that field of grass in the evening of November 26, 2010 and the defense has so far only moderately challenged that assumption.

The case is still wide open and what seemed to be a certainty a year ago is now largely in doubt, moreover since the trial is just at the first grade stage, this story is bound to go on for years to come.