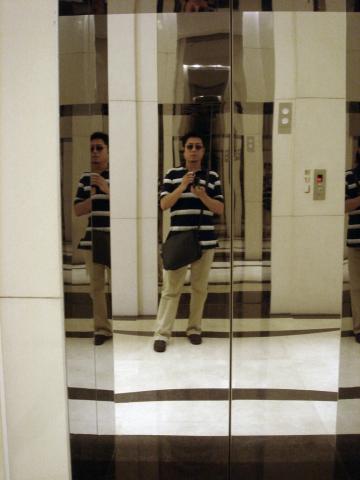 Of course, I’ve prepared my character for this participation, read the scenario many times. After a shower, according to the scenario, I was in a formal shirt and tucked in, every button done up, sprayed a lot of French perfume so that made me looks like a 40 years old doctor. I tried to cut and make my beard looks neat, put some gel on my hair. Then, I went out and took a taxi to go to the destination.

So cool the weather was!

I was still thinking who I am. I would act as a consultant at a local hospital in 40’s. And I has an 18 years old child who is about to go abroad to University. My income is USD200K per annum. Wow! So Cool!

It was 10:30 when I got the place. According to the plan, I have to find a shop to buy something and get a receipt, which is a proof to show the time I got the place. There is a Starbucks. I went in and ordered a tall cup of Dark Mocha and a pair of Tuna Roll.

At 10:50, the investigation company sent me a message which can tell my location by GPRS technique. Then I stood up and turned on the Digital Voice Recorder, took some pictures with the camera.

When I stood in front of the target office at 10:55, I was frozen. The sign said, it’s Closed on Weekend.