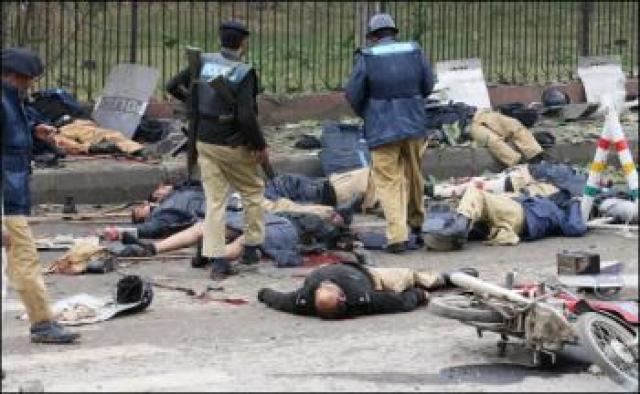 CHARSADDA, : A suicide bomber struck his explosive-laden car into a Police check post in north western .

A bomber attacked a Police check post at Harchin some 50 Km of Peshawar city that killed 20 people.

The attack was aimed at the Police check point and once again the N.W.F.P Police lost its best officers like SHO Jehangir Khan and DSP Bahadur Khan in the attack.

2 weeks back at the political gathering of a politician Sikandar Sherpao, the Police officer Jehangir Khan foiled a suicide attempt on the politician and killed the suicide bomber before the attack.

The attack killed some 20 people and injured several, and some 500 Kg explosive was used in the attack.

Meanwhile, Emergency was declared in all the hospitals of Charsadda.