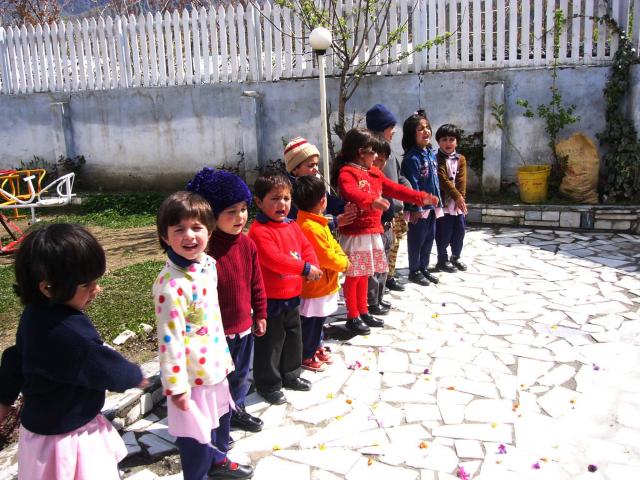 CHITRAL: Chitral play vital role in growth of children mental  level and education through interesting means and ways (playing the other devices)  said Tehsil Nazim Chitral Sartaj Ahmad Khan while visiting . He said that growth age (mentally) of children is upto 6 years and we should to enroll our children as and when they can speak not to wait for their mature age. Earlier that he was briefed by Kashafat Younus Managing Director of Nani ECD center. MD said that word Nani has been narrated from Chitrali word “ Mother” and that is why our teaching staff just treating the youngest students like their own children. He said there 3 sections in the center play group, senior and advance group. He said children are teaching with informal ways in playing and by practical rehearsal by teachers of other students to motivate them to learn good manners of life. He said that some 17 students have been enrolled in our play group and number of students is increasing day by day. For assurance of parents we first enter a student for 10 days on trial basis if their parents are satisfied from our service then we offer them for enrollment of their children. He said that earlier that we had opened Nani ECD at Booni and on the requests of elites of the area we also launched this center for children of Chitral town.  Chief guest Sartaj Ahmad Khan highly hailed services of Nani ECD and stressed upon other government and private schools to adopt this method of teaching at early age of children to improve their mental growth smoothly. He assured of his full cooperation for increasing literacy ratio in the district and look after of Chitral with interesting ways.

Meanwhile Chairman board of Director Legal Awareness Program for Human Rights Niaz Ali Shah and Tehsil Nazim Chitral Sartaj Ahmad khan felicitated the newly elected president and his cabinet of Booni Bar Association and hoped that they will play vital role against every injustices.

Azizur Rehman was passes away and was laid to rest at Chewdok.  He was uncle of district Nazim Chitral Haji Maghfirat Shah and father of Iltaf Ali Shah, Inamullah of Chitral scouts and Aftab Ali Shah. A large number of people belongings to all walk of life including Tehsil Nazim Sartaj Ahmad Khan and UC Nazimeen attended his funeral prayer.