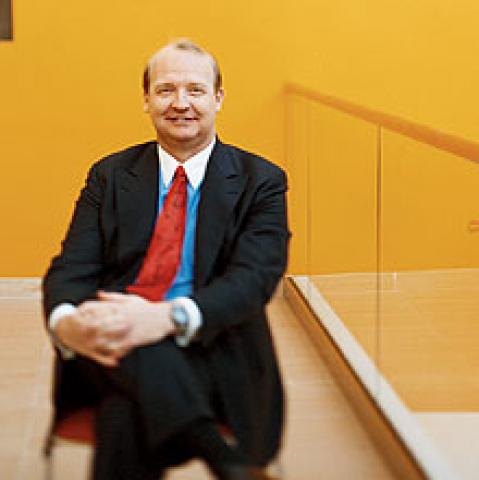 Research scientist Rutledge Ellis-Behnke  of Neuro Science Department narrated about a video of himself performing surgery. In the video, Ellis-Behnke makes a deep cut in the liver of a rat, intentionally slicing through a main artery­. As the liver pulses from the pressure of the rat’s beating heart, blood spills from the wound. Then Ellis­-­Behnke covers the wound with a clear liquid, and the bleeding stops almost at once. Untreated, the wound would have proved fatal, but the rat lived on.

The liquid which was used by Ellis-Behnke, is a novel material made of nanoscale protein fragments, or peptides. Its ability to stop bleeding almost instantly could be invaluable in surgery, at accident sites, or on the battlefield. Under conditions like those inside the body, the peptides self-assemble into a fibrous mesh that to the naked eye appears to be a transparent gel. Even more remarkably, the material creates an environment that may accelerate healing of damaged brain and spinal tissue.

Originally, Ellis-Behnke intended to use the material to promote the healing of brain and spinal-cord injuries. In young animals, neurons are surrounded by materials that help them grow; Ellis-Behnke thought that the peptide gel could create a similar environment and prevent the formation of scar tissue, which obstructs the regrowth of severed neurons.