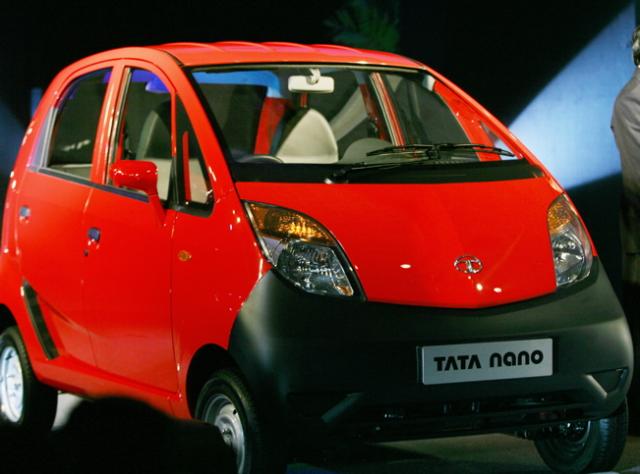 On the ceremony of Unveiling World’s Cheapest Car NANO, Ratan TATA said that his dream comes true. After so many years of reserch and hardwork TATA now launches this beautiful car.

With this ordinary people also can own a car. So this is going to be a change in the entire society

The features of this Dream Car are

• The Standard Variant of the Car has a dealer price of Rs. 1 Lakh(US $2500) and is the cheapest car in the World.(Transport costs and Value Added Taxes exclusive)
• A four door car which can seat four-five passengers.
• As compared to Maruti 800, it is 8% smaller on the outside but on the inside it provides 21% more leg space than the Maruti 800.
• It conforms to all the Emission standards as well as the Offset and Side Crash norms followed internationally.
• It also complaint with the Bharat 3 norm and the Euro 4 norm with respect to keeping pollution at bay.
• A 33 bhp car with an engine 624 cc
• It will provide a mileage of 23km/litre.
• The Nano Car will have two variants- A Standard as well as 2 Deluxe(Air Conditioned) Car
• No power steering in the Car