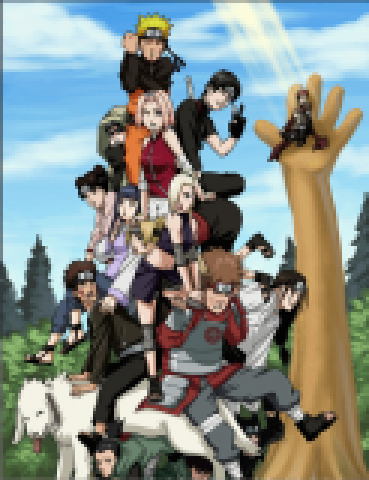 Naruto animation series was an extremely big hit when it first came on air in Japan and slowly the hype had been spread all over the Asia and soon the world. It is so far, in my opinion the most well plotted and thought out story line which interests many anime lovers of almost all age group.

While I cannot start a review from the very first episode from earlier Naruto episodes, I can start giving a review from its second series, Shippuuden, episode 85. This story revolves around a Ninja village called the Konoha under the sovereign of the country of Fire. The main character of this series is non other than Uzumaki Naruto himself, a ninja school student who have not done well in his academic result which turned out to touch everyone’s heart with his determination and kindness.

In episode 85, the story is on Shikamaru whose beloved teacher Asuma was murdered not too long ago by Hinda and Kakuzu, members from the dark ninja group – Akatsuki. A plan was thought out by him along with his two other Asuma’s student with an assigned team captain Copy Ninja Kakashi.

The battle was a very difficult one as Kakuzu seems immortal as he seems to have 5 hearts which means he can be killed 5 times. Hidan whose head was cut off can be sitched back added to the difficulty in this battle.

The story ended with Hidan having trapped Shikamaru and was about make his move for the kill.

Filed under: Lifestyle, Media & Tech
Share Tweet Pin G Plus Email
previous article: On an Existentialist
next article: ‘We Need to Give Everything to Win’: Cricketer Martin