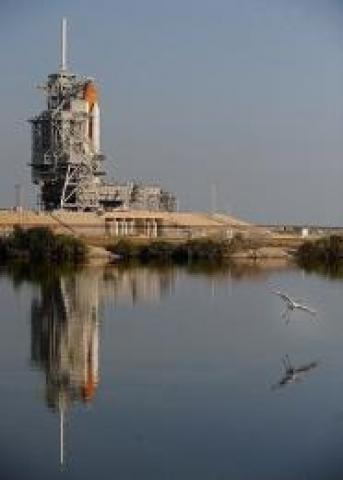 The US space agency said it was on target to launch Monday the space shuttle Atlantis on its high-risk final mission to service the Hubble telescope.

"Atlantis is ready to fly," said NASA test director Charlie Blackwell-Thompson, adding that the countdown to launch was proceeding on schedule, with liftoff expected Monday at 2:01 pm.

Weather forecasters said there was a 90 percent chance of favorable conditions for the launch from Kennedy Space Center in Cape Canaveral, Florida.

"The tanking began at 4:41am and there is no issue," a NASA spokesman told GroundReport.

The 11-day shuttle mission aims to provide the fifth and last maintenance operation to the Hubble before the shuttle fleet is retired, and if successful NASA has said the mission would extend the star-gazer’s life by at least five years.

The Hubble’s servicing will entail five space walks, each lasting up to seven hours. Crew members plan to replace the telescope’s six gyroscopes and batteries and upgrade its optical instruments.

Launched in 1990, Hubble has long been considered the greatest tool in the history of astronomy.