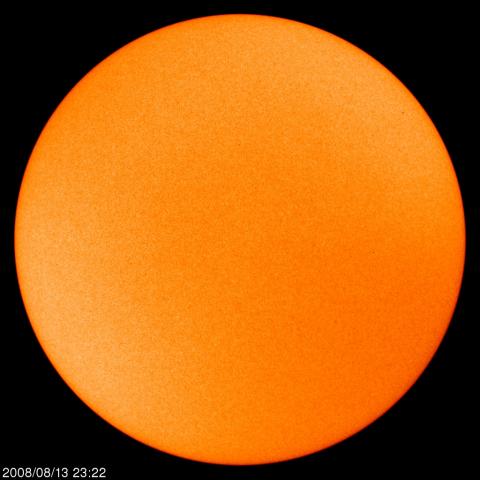 NASA man David Hathaway has moved to assuage strange fears the sun has gone "wrong". The stellar scientist said such ideas were "not true" in an official statement posted on NASA’s website in July.

"There have been some reports lately that Solar Minimum is lasting longer than it should," Hathaway said. But actually the "lull in sunspot number is well within historic norms for the solar cycle."

Futhermore the sun is still perfectly normal, and apparently will be back to its very spotty best by 2012.

Hathaway responded amidst fears that the sun’s solar minimum has continued six months beyond model predictions.

Sunspots increase and decrease in decade long cycles between ‘maxes’ and ‘minimums’ and are a normal feature on the explosive surface of the sun.

While Hathaway says some sunspots from cycle 24 have been observed other solar observers claim the unusual quiet is evidence that the sun is not yet out of cycle 23.

Some are even concerned that cycle 24 will not happen for years.

In a now often cited 2005 paper, William Livingston and Matthew Penn, of the US National Solar Observatory, have claimed sunspots will vanish completely by 2015.

Fortunately, as NASA scientist Hathaway believes, patience may still be the order of the day. So don’t swap those sunglasses and beach towels for mittens and tyre-chains yet.