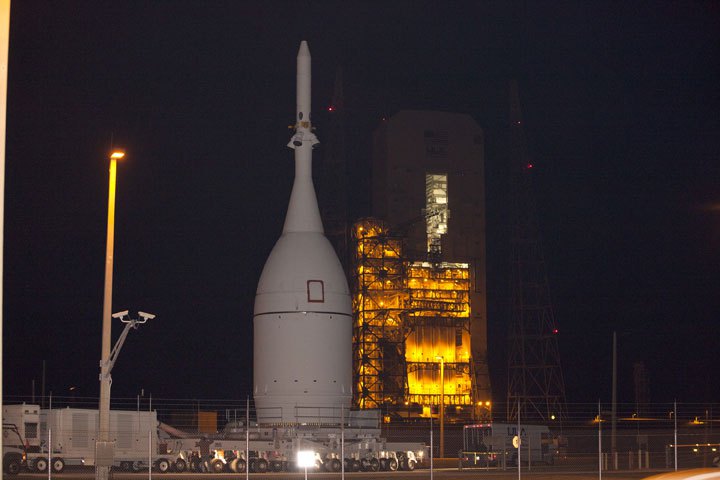 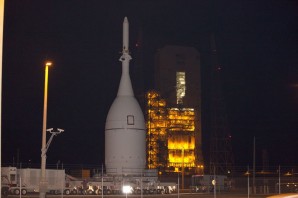 “The spacecraft looks like a capsule. If we recall the Apollo capsule that took us to the Moon, it carried three astronauts. It was 12 feet in diameter. Orion is 16.5 feet in diameter and is being designed to carry four astronauts. But it is the forerunner to the space systems that will eventually–in 20 years–carry us to the planet Mars”, said Senator Bill Nelson of Florida.

On December 4, 2014 Senator Bill Nelson of Florida asked and was granted permission to address the United States Senate for  few moments regarding aspects of  advanced testing being done on the Orion spacecraft project and the possibility of a manned space mission to Mars in 20 years.

“Mr. President, I wish to share with the Senate the fact that we are about to do the first flight test of the new NASA human spacecraft, called Orion.

As a matter of fact, it was attempted earlier this morning. There was a launch window between 7:05 and 9:44 eastern time. In fact, a combination of some weather concerns plus some questions of valves opening on some of the fuel lines in the rocket and trying to rework those valves ultimately led to the decision to scrub the mission today.

The spacecraft looks like a capsule. If we recall the Apollo capsule that took us to the Moon, it carried three astronauts. It was 12 feet in diameter. Orion is 16.5 feet in diameter and is being designed to carry four astronauts. But it is the forerunner to the space systems that will eventually–in 20 years–carry us to the planet Mars.

It will be launched today on an existing workhorse. We have two major workhorses in our stable. The Delta–the Delta IV and this, configured with additional boosters, is called the Delta IV Heavy.

The other workhorse in the stable getting so many of our payloads into space, including our military satellites, is the Atlas V. Both of them are proven workhorses and have been almost flawless. This particular spacecraft, for its first flight test, is going up on a Delta IV Heavy.

As such, what it will do is first to put it into low Earth orbit, and from there it will be projected out 3,600 miles from the Earth and come back as if it were on a mission to the Moon or to an asteroid or coming back from Mars in a trajectory, coming through the Earth’s atmosphere, creating quite a few g’s and creating–at about 20,000 miles an hour as it is coming back into the Earth’s atmosphere–about 4,000 degrees Farenheit on the heat shield.

So the flight test today is to test the structural integrity of the spacecraft as well as to test the viability of the heat shield. That has now been postponed until tomorrow. It was my expectation Senator Thune would be able to go. As it turns out, he has to go back to South Dakota. I will be there at the Cape, and we will report on the launch later on to the Senate next week.

But it will all be done in 1 day, and it will splash down in the Pacific, somewhere in the region of the State of the Presiding Officer. They are actually going to have television coverage of the splashdown because we have a Predator that will be over the Atlantic. That is why we have to have the weather there, as well as the weather at the Cape, to be exactly right so we can record the splashdown, because this is a flight test.

We are developing a new spacecraft to take humans to missions far beyond low Earth orbit. A lot of people think the human space program was shut down after the space shuttle. No, we are just going into the new design of new spacecraft that can take us on a mission out of Earth’s orbit as we explore the Earth’s heavens. I will give a report to the Senate next week.

I yield the floor.”

Filed under: News, US
Share Tweet Pin G Plus Email
previous article: Anantang constituency to be developed on modern lines:Mehbooba
next article: Senator stunned by news that spending on health care in the US grew at its lowest rate since the 1960’s