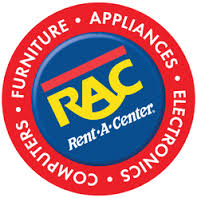 An investor in NASDAQ:RCII shares filed a lawsuit over alleged violations of Federal Securities Laws by Rent-A-Center Inc.

Investors who purchased shares of Rent-A-Center Inc (NASDAQ:RCII) have certain options and for certain investors are short and strict deadlines running. Deadline: February 21, 2017. NASDAQ:RCII investors should contact the Shareholders Foundation at mail@shareholdersfoundation.com or call +1(858) 779 – 1554.

The plaintiff claims that between July 27, 2015, and October 10, 2016, the Defendants failed to disclose that Rent-A-Center could not properly implement its new point of sale system (“POS”), that, the POS was performing extremely poorly, including several instances where the system suffered complete outages, that as a result, the Company’s Acceptance Now credit system could not be implemented properly, that the Company could not meet revenue and profitability guidance provided to investors, that, as such, the Company would need to revise its prior guidance, and that, as a result of the foregoing, Defendants’ statements about Rent-A-Center’s business, operations, and prospects, were false and misleading and/or lacked a reasonable basis.

On July 28, 2016, Rent-A-Center Inc announced that issues with its new Point-of-Sale (“POS”) system were fixed and alleviated.

On October 11, 2016 Rent-A-Center Inc announced it was experiencing issues with the POS system which would have a negative effect on its sales.

Those who purchased NASDAQ:RCII shares have certain options and should contact the Shareholders Foundation.

Filed under: Business, Financial Markets
Share Tweet Pin G Plus Email
previous article: Clayton Williams Energy, Inc. (NYSE:CWEI) Investor News: Investigation of Takeover by Noble Energy, Inc
next article: Science Shows You Become Fitter When You Sleep – How Good is the Effect When You Sleep on the Right Bed?