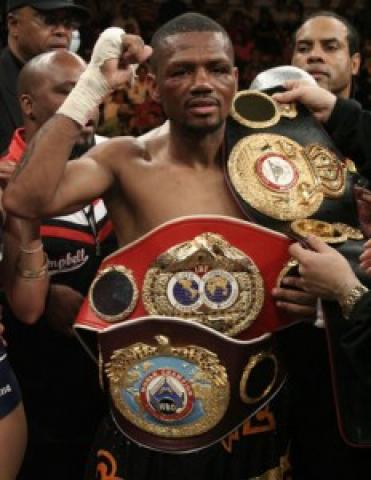 Funeka suffered two knockdowns, one in the second round and the other in the 11th round.

The day before his date with Funeka, Campbell lost all his three titles for failing to make the weight. He was over two pounds of the 135 weight limit.

Yahoo news: ‘Campbell landed a right hand to the temple with one minute remaining in the 11th round that sent Funeka down for a second time. Funeka survived the final round, leaving the judges to determine a winner. One judge scored the fight at 113-113 even. The remaining two judges scored it 115-111 and 114-112.

The 36- year old Campbell waited several months for a chance to defend the World Boxing Organization, the World Boxing Association and the International Boxing Federation titles he won with a stunning upset of the previously unbeaten Juan Diaz last spring in Cancun, Mexico.

Despite the win, Campbell was ineligible to regain the titles, which are now vacant, and now plans to move up to 140 pound limit. If Funeka, the mandatory IBF challenger, had won, he would have taken the three belts.

‘I’m hurt, I worked my whole life to become a world champion, and my body said no more’, Campbell said. ‘I apologize to the fans and I apologize to all those who supported me. Now all I can do is go and be a champion at 140’.

The defeat halted the 16-bout winning streak of Funeka who had not lost since dropping a unanimous decision on July 12, 2002 to Mzonke Fana.