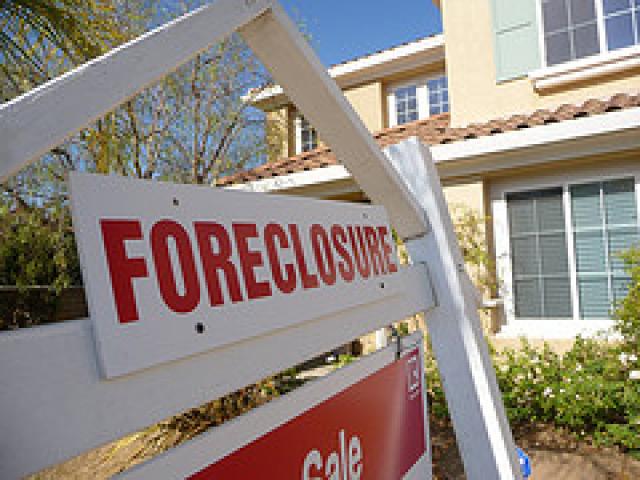 The scavenger National Association of Realtors took great pride and glee in announcing that real estate sales for July were up 7% from the previous month, the four straight month of increases in sales since August, 2007.

Of course, summer is the time when most home buyers that are forced to relocate do so in advance of the new school year, so such a rise in sales comes as no surprise at all since this is a historic trend after all.

New homes sales and buyers were a good portion of those sales due to a tax credit Mr. Obama and Congress instituted in order to stimulate the housing market strictly for new home buyers as part of the stimulus package passed by Congress.  Suckering in another group of home buyers for the next 20 year cycle, it appears, since nothing was done in order to address the problems which lead to this at all.

This credit expires at the end of the year, and was merely an enticement to get some new neophyte home buyers into those exact same usurous loans that were sold to the public which initiated this foreclosure tsunami to begin with.  By banking industry standards nowadays in this banker’s greedy market, first time homebuyers do not qualify for fixed rate loans only those sliding scale and interest only loans, for the most part, unless they place a substantial down payment and pay extra points on the front end (which no bank has ever truly explained what those huge "junk" fees actually are except supposedly "buying down" interest rates that are overinflated to begin with).

In fact, the banking industry’s agenda is clearly in securing their interests for as long as possible, and is now even offering extended loan terms to 40 years for new home purchases.

So that the next downturn and market manipulation for the banking and real estate industry can strip those new home buyers of their homes during the next cycle around 15-20 years down the road, most likely, if history serves.

And the most foreclosures which have occurred have been in the West and Southwest in anticipation of all those new Americans Congress plans to legalize sometime in the fall.

The ones who can’t speak much English, and will be prime patsies for some of those loans marketed by those unregulated banks in California that were responsible for most of those defaults due to their restrictive terms, heavy front end costs, and junk fees included within those loan terms.

Also since the start of the Iraq invasion and war, Washington has granted around 18,000 Iraq refugees deemed "at risk" asylum in the U.S., also non-English speaking for the most part, who will need new homes and many of which were in the Iraqi middle class.  The realtors and bankers love foreigners that don’t speak English in order to trap into those loans.

In fact, since I have family that lives in Louisiana, all those old homes in the French Quarter up for sale also after Katrina, and due to this economic mess also.  Many listed by Southeby’s of London, no less, not even United States realtors.  And attempting to market them globally so that some of those foreigners also get trapped into some of those junk fee’d and restrictive use loans that are over 50 pages now.  And not speaking English, and with the differences in currency, they are now the prime market as targets for the next U.S. real estate meltdown.

I wonder how many more wars we can start to relocate more non-English speaking refugees in order to fill the now nine year supply of homes that are available due to this latest Washington/special interest market manipulation, since those that have lost theirs cannot qualify for new ones for at least 10 years  with a foreclosure or any bad marks at all on their credit reports.

At this point in the U.S. economy, I would imagine less than 5% could qualify for those low interest fixed rate loans that are marketed on TV in order to draw in those unsuspecting new home buyers.

And the realtors are pressuring the banks now to release more foreclosures.  Many of whom are also working now during the downturn "advising" many of those in danger of losing their homes in concert, again, with their buddies in the banking industry, and being paid with taxpayer sums for their "advice and counsel," as the one new job created by this Washington/bank/industry meltdown as "mortgage counselors."

Now you need a "counselor" in order to buy a home.  Or an interpreter, or lawyer who might just misinform you since he knows that his friend the title company closing agent or realtor who refers you to him wouldn’t compromise their future income on your behalf if you should attempt to actually sue any of them when you find out that after that blush of new home ownership, what you "bought" is simply a liability and not an asset at all due to all he restrictive clauses and riders attached.

Although those "counselors" are nothing more than eally government employees since they are paid with taxpayer sums, so not really a new real "job" at all, simply another public taxpayer paid one.

Amazing how far and deep "political correctness" now goes to spin those stats and numbers at election time, isn’t it?  The new jobs being created are being paid indirectly through the taxpayers, many of whom are now homeless, to the very same individuals who stripped them of their homes to begin with.

So you in the West and Southwest, thank your friendly neighborhood realtor when the banks decides not to extend or grant you more favorable terms for your loan in order to keep your home, so that they can keep their feeder realtors happy while collecting all those late fees and other assundry costs during the tme they are leaving you hanging while your application is "pending".

Since most realtors also assist homebuyers in finding financing, their relationship with these banks who were involved in this mess is a symbiotic one.

Makes you reall want to rush to your local realtor in order to have them "assist" you in a new home purchase, doesn’t it?

The third or fourth largest lobbying group in Washington, I might add.

So all you losing your homes, make sure you remember your realtor at Christmas.  And remember those referrals which they also thrive on.  Just don’t refer any of your nearest and dearest.

Oh, left out of the report was that another 300,000 last month lost theirs.  Leaving an almost 10 year supply of homes on the market.  Which should keep those realtors busy finagling the unsuspecting public for quite some time.

Wonder how many more will be abandoned in addition next month?

At this rate, the U.S. might need to import and entire country.  Although from what I hear also, due to the reported wars along the borders, many of the Mexican middle class are already getting situated in San Diego and vicinity.  California should have their equity and savings eaten up within a decade or less, since they have been progressively losing more citizens than they have gained for the last decade and are running out of sources of imported revenue except now have discovered the oil rich nations and Europeans to replace those fleeing Americans.

Most of whom may end up retiring in Mexico.  Perhaps the new industry that explode due to what is going on is the global time share market, or global home barter/exchange.  Another emerging industry in the making that Wall Street can then again capitalize on instead of "carbon" credits, "real estate" credits.