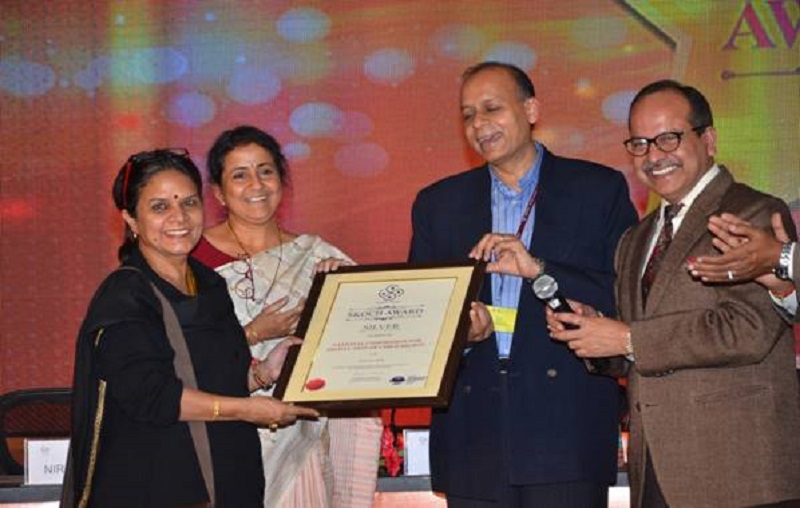 ‘Everybody Should Stand Up Against Child Sexual Abuse’

New Delhi (PIB-GR-TYP-BIN): The National Commission for Protection of Child Rights (NCPCR) of Ministry of Women and Child Development has been conferred the Skoch Silver and Skoch Order of Merit award. The award was received by NCPCR Chairperson Mrs. Stuti Kacker from Mr. Ajay Kumar, Additional Secretary, Ministry of Electronics& IT at an event attended by representatives of Technology Companies, Govt. Departments, Public Sector Undertaking, Research Organisations in New Delhi last week.

The two awards were received by NCPCR for applying technology to develop an electronic drop box, POCSO e-Box for registering complaints on Child Sexual Abuse. Speaking on the occasion, Mrs. Kacker said that everybody should stand up against Child Sexual Abuse, a heinous crime that leaves permanent scars on the psyche of the child.