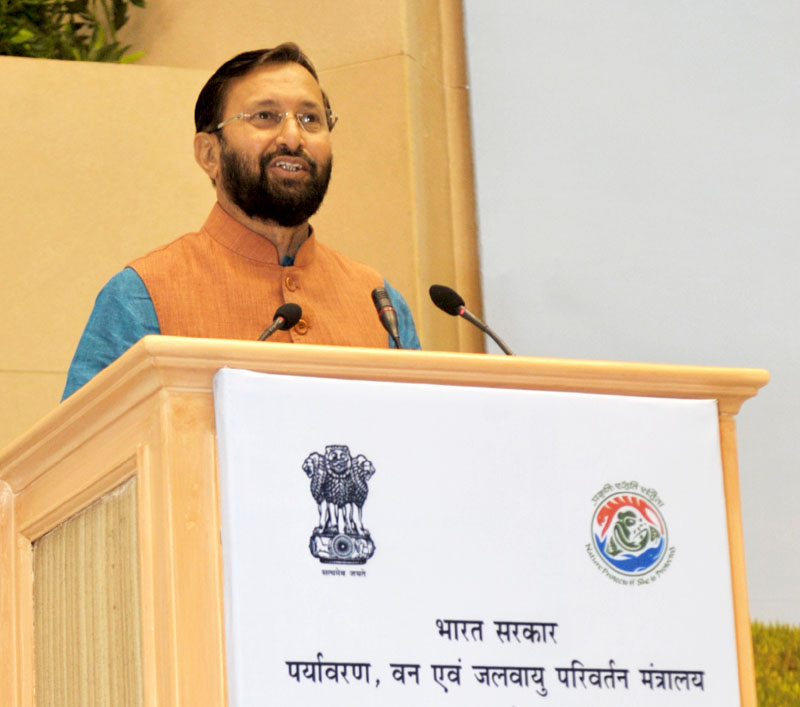 New Delhi (PIB-GR-TYP-BIN): The Ministry of Environment, Forest and Climate Change and Department of Animal Husbandry, Dairying & Fisheries organized a day-long national conference on ‘Gaushalas’ (cowsheds) on May 16.

Speaking on the occasion, Minister of State (Independent Charge) of Environment, Forest and Climate Change, Mr. Prakash Javadekar, said that villages were traditionally planned in such a manner that there were facilities for human beings and fodder for animals.

He invited suggestions from the participants for the kind of policy-based decisions that can be taken to improve the situation. The Minister said that the draft of a policy is being prepared, which will include a provision to provide protein-rich fodder free of cost to the people living in villages adjoining the jungles. The Environment Minister also emphasized the need to protect pasture lands. He also suggested that if there is 500 acres of land, 25 acres be set aside for growing good quality grass and fodder.

Mr. Javadekar said that the technical sessions will discuss three issues – (i) how to increase the milk productivity of Indian cows; (ii) Making provision for feed, fodder and ancillary requirements for Indian cows and (iii) Management of cows in the post-productive phase.

Secretary, Ministry of Environment, Forest and Climate Change, Mr. Ajay Narayan Jha made the welcome remarks. A Power Point presentation on “Special characteristics of indigenous cattle & strategies to improve their productivity” was also made on the occasion.