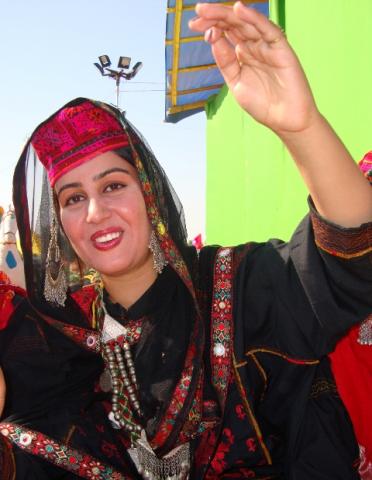 Chandighar , October 25 (Vijay Kumar) – The National fair  is expected to give a boost to the Arts and crafts  of J&K and other States of India as well and will boost business and inflow of tourists from both within and outside the country. The fair  has been jointly organized by    of Art, Culture and Languages , North Zone Cultural Centre and Chandighar Administration.

Today was the day of at National Crafts Fair here at Kalagram-The Art village. Around 200 artists from all parts of JK state mesmerized thousands of visitors with the presentation of a full day programmes at the main open air theatre.

Welcoming the guests Dr. Javaid Rahi, Dy. Secretary, J&K Cultural Academy said that this mega venture which was conceived and designed by the Academy , NZCC and Chandighar Administration  to project J&K as a model State in respect of  their Arts, Crafts, cosine  and glorious cultural ethos.

He said with a number of activities  the Academy has developed into a prime cultural institution, adding that the other objective for organizing this event in the union capital was to showcase the composite legacy of art, culture, languages and  theatre of Jammu and Kashmir before world.

He said we are adopting a few village in Jammu Kashmir and Ladakh to nourish Culture and variouse form of performing Arts.

Around 3 lakh visitors are expected to come to this National Festival during these 10 days from the neighbouring states and also from abroad. The closing ceremony will take place on Nov 2 and Kumari Selja will be the chief guest. She will also give away 3 prizes each in the category of crafts and handlooms titled as Kala Mani, Kala Nidhi and Kala Giri. A prize will also be given to the best crafts man. The closing ceremony will also have a medley of folk dances by NZCC artists.