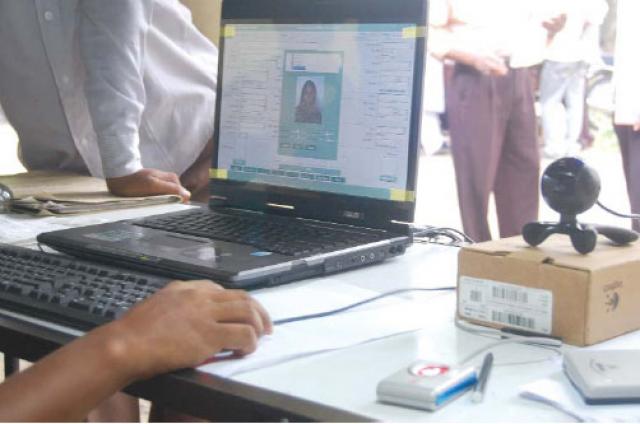 <div align="justify"><strong>Dhaka</strong><strong>, August 2007:</strong> Is it a Voter list with pictures project or national identity cards (NID) project? The confusion was started from the beginning. The election commission of Bangladesh claims it as a Voter list with pictures project although Bangladesh Army claims it as a national identity cards project. Government has taken the project of preparing NID for about 100 million people according to the claims of Army.</div>
<div align="justify"><br />
Kazi Islam, a young computer expert working in Grameen Solutions as a CEO says that finger print processing servers are needed to process finger prints. Powerful servers are necessary for doing so. Centre servers and supporting finger print matching servers are also needed to do this work.</div>
<div align="justify">He added that, there are several ways of sending data through internet. File transfer protocol (FTP) technology can be used to give internet connectivity for national ID card project.</div>
<div align="justify"><br />
Election commissioner Brig-Gen M Sakhawat Hussain says to BBC that if any voter tries to register twice, in theory, the digital fingerprint images will match, and they will be stopped. &quot;The chances of false voting, of one gentleman entering twice – here and somewhere else – will be eliminated&rdquo;.</div>
<div align="justify">BBC questioned him, is it really possible to photograph, fingerprint and register 90 million people in time? &quot;We hope so,&quot; says Mr Hussain. &quot;We are quite determined to have a free, fair election. That is our mandate. We have no other job.&quot;</div>
<p>&nbsp;</p>
<div align="justify">But unfortunately, Bangladesh Government has not imported any finger print matching servers yet to process biometrics finger prints. Even, Election Commission of Bangladesh has not taken any initiative to purchase this type of servers. Central server has not made yet to store Data collecting from the several areas. Back up servers is not established as well. At last tender of Buying eight thousand Laptop from Election commission, there is no participation of good brands in the bidding. From all perspective we can say that hardware setup of NID project has not prepared yet.</div>
<p>&nbsp;</p>
<div align="justify">Now less standard offset papers are used to prepare NID. An Army staff related with this project says that this ID card is being given after the lamination of printed information and picture on the offset paper. Two dimensional (2D) barcode technologies are used in NID though is looks like very feeble. Name, birth date, ID number and finger print of a person are included in this ID card. This information can be collected through using the 2D barcode readers.</div>
<p>&nbsp;</p>
<div align="justify">After visiting the pilot project of Sreepur (the place where this project start of)&nbsp; Mostofa jobbar, a specialist in information technology, says that two company named Tiger IT and Doha tech have made the software which is used by election commission for NID project. The software is not so bad. But when photo is taken through the web camera the software becomes slower. So, a huge time is wasted. It is a disadvantage of the software. Another thing is that NID project is a huge work. But this software is not tasted to work such a big project. So it can be a risky practice to use untested software in this project.</div>
<p>&nbsp;</p>
<div align="justify">Presently used software is not checked properly to use in such a large scale project. So, there is doubt about its success. Concerning authority has no plan to work via internet or intranet connections to make the national identity cards (NID) projects through online. According to the views of army, it is their responsibility to support election commission to prepare NID and NID will be prepared before the next election of Bangladesh which is scheduled before the end of next year. On the other hand, election commission says that it is not their responsibility to prepare NID. They need voter list with pictures only. So, the current process of preparing NID is like a chaos.</div>
<p>&nbsp;</p>
<div align="justify"><strong><em>Leading Weekly News Magazine of Bangladesh &ldquo;Shaptahik 2000&rdquo; published a cover story on the current National ID Card process. Shaptahik 2000 staff reporter Arafatul Islam prepared this report. To read the details report, please visit this link: </em></strong><a href="http://www.shaptahik2000.info/issues/2007/year-10/issue_12/pdf/pp20070803.pdf">http://www.shaptahik2000.info/issues/2007/year-10/issue_12/pdf/pp20070803.pdf</a></div>