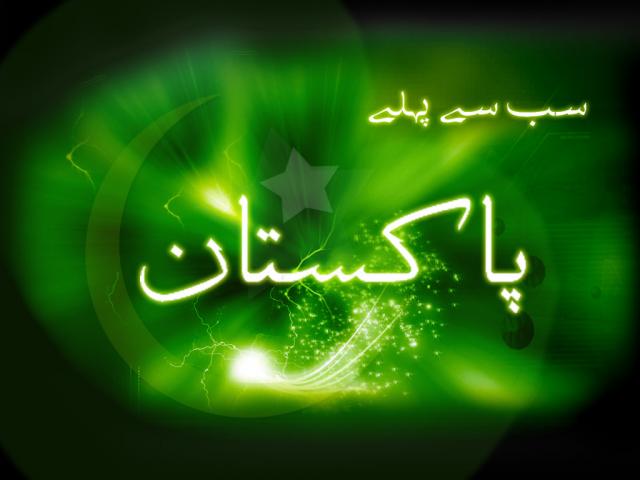 Islamabad– ‘National interest’ is term so exploited by our sketchy rulers, agencies and political parties that it hardly carries any significance for the masses and regardless of what official hand outs or statements tell them people seem to have realized how powerful actually they are provided the media stand by the ordinary instead of bargaining the public freedom for tax evasion or plots.

While celebrating the 61st birthday of Pakistan, ordinary people have at least found a new hope in the form of judiciary and if you travel on public transport and mix and mingle with the masses on the streets you come to know that they are sure that judiciary would not let them down this time. In a short span of time, a spineless judiciary has been made a formidable institution by the same Pakistanis, who were always kept in dark on national issues in the name of same ‘national interests’. Too much reliance on judiciary is so far paying to the extent that people are no more asking the government functionaries to redress any of their grievances but are approaching the Supreme Court for giving them relief and justice and serve the national interests.

We have seen appeals appearing in the national media asking the Courts to take suo-moto notices against city Nazims for not ensuring cleanliness in their areas or pensioners heading for the courts to seek decade-old pending pension rights or relatives of abductees asking the courts to reign in above-the-law secret agencies and recover their near and dear ones and the list goes on and on.

In this context many federal ministers and close circles of the President Gen. Musharraf seem disturbed and many of them consider that present government is not running the affairs of the country but it’s the judges who are ruling the rostrum. Amidst this paranoia, Gen. Musharraf is finding himself pushed against the wall and is tossing between another military take over or emergency, regardless of their consequences.

A message of rapprochement has also been conveyed to the Judiciary through a retired army man after which president seems to be a bit relieved and has set upon his election campaign, informed our sources. Though Chief Justice Iftikhar Chaudhary has avoided commenting on any such contact, but the ever-vocal attorney general Qayyum Malik confirmed the contact thus adding to the already confused horizons of Pakistani politics. What this meeting will transpire is likely to surface within next couple of weeks, as Supreme Court is hearing Sharif’s case, Benazir’s case on voters’ lists and might also be hearing a constitutional petition against the nomination of Gen. Musharraf as presidential candidate.

Amongst all this euphoria and phobias, what perturbs the masses here is that in the name of same ‘national interest’ Benazir Bhutto is playing a dangerous power game and instead of banking on her street power, she is trying to ride on American and Army shoulders. She is not only eager to get back into power but also wants her corruption cases withdrawn and in lieu of this sources claim that she might even agree to accept Gen. Musharraf as president in uniform.

How dearly she is going to pay for this betrayal of public trust, incase she enters into such a proposed deal, is already a writing on the wall. Her own party leaders, who are equally in the dark about her deal-talks, are finding it hard to explain their stance in the current politically charged atmosphere.

Syed Khursheed Shah tried to put up a face to raise a slogan of ‘go Musharraf go’ when teased by the treasury benches on Thursday for his leaders talks with Musharraf, but he too was lacking conviction and the entire opposition was showing pity for him and his party.

In the same ‘national interest’ it is also learned that all on sale items (read turn coats) are being lined up by a Khaki agency these days, because the civilian agency known for making the United States the sole super power in a uni-polar world is no more in charge of the political affairs and also because this agency is not headed by any relative of the top boss. We do not know how much is already earmarked for this kind of transaction but we do know that it runs into billions of rupees.

Here too Supreme Court has a role to play by bringing up the decade old pending petition of Air Marshal (Retd) Asghar Khan for hearing which showed that several PPP, PML (N) and PML (Q) leaders besides many claimants of clean slate were given millions of rupees in the run off to elections during 1990, 1993, 1997 and 2002. The list include Legharis, Mazaris, Jatois, Abida Hussain, Meraj Khaled, Nawaz Sharif, several PPP leaders and many of them are sitting in the current assemblies.

But again in the name of ‘national interest’, all these acts of the agencies need special cover because whatever they have done or are doing is for the "betterment of the masses". The definition of masses for these agencies though varies from that of common dictionary, but so far we have been made to believe that it’s all about masses.

The same interest was being debated in the National Assembly and the Senate on Thursday, as both the Houses continue their proceedings for the sake of going through the motions knowing that nothing discussed in the parliament makes any difference or holds any credence in the corridors of power.

This should not be implied that I am asking for the military rule to continue but its just an effort to realize the reality and then hope that at-least even this anesthetized parliament is in existence and if it is allowed to complete its tenures than we can hope with the passage of time we would be able to see serious parliamentarians who would make the rulers listen to their debates and implement their decisions because they represent the real masses, as per the definition of the masses.