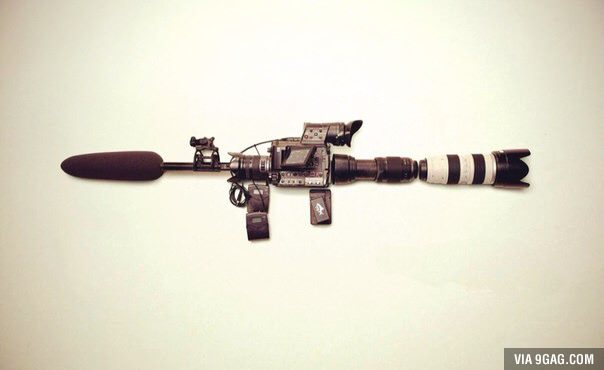 This era of globalization has brought many challenges to traditional concepts of the state. Today, a state has lost many monopolies, which in past enjoyed within its boundaries. Today, a state cannot control flow of information inside its borders, satellite televisions, internet, telecommunication, radio, etc, thus has weakened the state.

Today, in globalized world, wars are won through information and propaganda and not by the force of gun. Media has become the elite weapon which softens up the ground, demoralizes the target state and destroys the will of the people of that targeted state.

In 2003, prior to Iraq invasion U.S. and its allies manipulated the facts, information and fed it to different Iraqi bureaucrats and army officers via electronic media and emails creating the desired effect which helped them in the invasion. Similarly, the propaganda machinery of allies created a picture where it appeared that Iraq was making and stacking up nuclear bombs. Iraq was invaded and after a few years major players of that era admitted they lied about the presence of any nuclear bombs.

Before we unearth the complications of already complex network of attack styles, we must understand that this phenomenon of globalization is due to technical advancements — mostly credited to the west — which have brought world so close that time and space context has changed the world into a global village.

A man sitting in U.S. can have information with visuals of happenings in Pakistan or Japan in matter of seconds. Travel from one corner to other corner of world is not a matter of years but now it’s a matter of hours. Globalization has revolutionized every field of life, thanks to the technological advancements.

The economic system which is coming out of globalization is neo-liberalism, which is rebirth of Adam Smith’s ideal capitalism. Now a capitalist is in many ways more powerful than states. Wars are engineered and fought for the benefits of multinationals. The “democracy” which is a phenomenon resulting from capitalist economy is also dependent on the forces of demand and supply.

Media is the most lethal weapon of 21st century. Today, thousands of television channels are providing news, analysis, infotainment and entertainment in different parts of the world. Interestingly, mostly all big and rich tycoons are owners of media channels, radio channels, websites, news papers and magazines.

The richest countries and their ruling elites are investing billions of dollars in media to create perceptions helpful for their interests. Channels like CNN, BBC, Fox and Aljazeera are credited for creating perceptions in favor of their owners and their interests. Similarly, news dailies like the New York Times, Washington Post also proved themselves to be important tools of their respective ruling elite.

Unfortunately, in countries like Pakistan, although we have more than 40 channels, we have failed to achieve desired effects at home and on international front. One of the reasons is that media owners some time have interests which may not be states’ interests. Then there is no State Policy regarding media content or guidelines and joint efforts of state and media to educate the masses according to national interests. One can argue that it’s because media is free in the land but is it?

Pakistani media at one hand is failing to present Pakistani version of events but on the other hand it sometimes plays the game of opponents, like it played during Mumbai attacks or defaming state institutions during war on terrorism.

This unplanned and demand-supply based role of media is creating confusion in hearts and minds of masses. This confusion is responsible for insecurity and pessimism in our people.

Thousands of years ago, mystics in sub-continent discovered the important principal of psychology. They discovered that world we see is actually the projection of our mind.  Great Urdu poet Nasir Kazmi beautifully expressed this principal in his poem when he said

(It’s my heart which is in grief, why the whole city looks deserted)

Our mind projection is result of our perception, which is defined as “an idea or opinion that someone has before learning about or experiencing something directly.”

Propaganda is not a lie but an interpretation of facts for desired objectives. Both, warfare of propaganda and information are directed at creating perceptions. Perceptions depend on personal, group experiences, education and cultural values. A good propagandist or information warrior always strike at weak and vulnerable points of his target, create desirable perceptions and via social engineering predicts and utilize the desired.

Media in any country also gives an introduction to psychology of that nation. It gives a good idea how people think on different issues and also projects the power of the state.

National power is defined as the sum of all resources available to a nation in the pursuit of national objectives. The most important amongst the element is national character and morale.  Newspapers and television give a glimpse of national character and morale — and that is why every consulate or embassy has a special section to monitor the news papers and media of their host country.

Since independence in 1947 from British raj, Pakistani media has evolved remarkably. Today, there are 100’s of newspapers and magazines along with dozens of news and entertainment channels in the four provinces.

Media is in hands of capitalists which make it the biggest enemy of nation, in which it operates — especially in third world countries like Pakistan.

Following the principals of demand and supply, media create hypes and exploit emotions of its readers and viewers.  Sometimes the channels and newspapers take money from internal and external political and economic forces and misguide their viewers in the direction of what the financiers want.

If the motive of establishing a channel or newspaper is honestly, solely for business than news should be reported or even projected in the “rights of its spirits.”

Every media outlet’s version of the news creates confusion and damages the nation. Every out let interprets the facts according to their interests.

It is need of the hour that government start looking at media as strategic weapon. There should be a governmental effort for training and education of journalists in art of propaganda and information presentation. Media must be made to follow the line compatible with national interest. What is the use of media if it cannot educate the masses with national interests?

Writer is Sr. Research Analyst  in Private Channel and have Masters degree in Strategic Studies