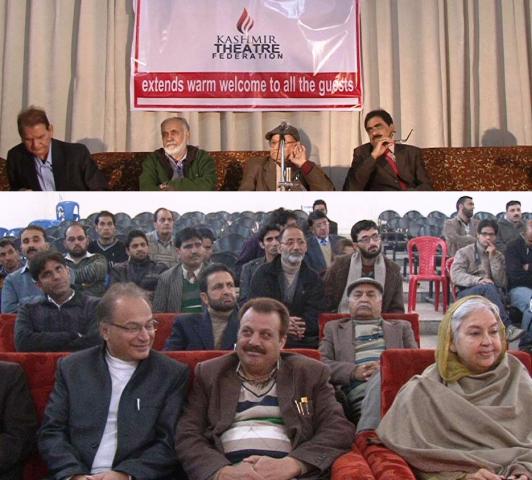 A galaxy of eminent Theater, Radio and Television artists of the State attended the seminar and deliberate upon the revival and reformation of the theater and Kashmiri Drama in State. Speakers stressed for restoration of past glory and fame of Kashmiri drama which used to highlight the basic issues of the common people of the valley.

Speakers also urged for undertaking necessary steps for the upliftment of theater and Drama divisions of the Valley, adding that drama is an integral part of literary art.

It was said that Baand-e-Pather is basic theater of Kashmir and represents history, culture and heritage of and it needs to be revived on modern ideas and new directions.